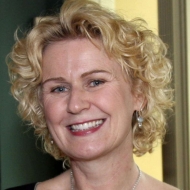 This user has not added any information to their profile yet.

Connie Roberts, a County Offaly native, emigrated from Ireland to the United States in 1983. Her poetry has been published in journals in the U.S. and Europe. In 2010 she received the Patrick Kavanagh Award for her manuscript Not the Delft School, was awarded first prize in the Dromineer Literary Festival Poetry Competition and was selected for the Poetry Ireland Introductions Series. In 2011 she received a Literature Bursary Award from the Irish Arts Council and was nominated for the Hennessy X.O. Literary Awards. She has been a finalist in several poetry contests, including the Strokestown International Poetry Competition, the iYeats Poetry Competition (twice), the Allingham Arts Festival Poetry Competition, the Over the Edge New Writer of the Year Award, the North West Words Poetry Prize (twice), the Fermoy International Poetry Competition, the Swift Satire Contest, and the Dana Awards. In 2013 she received the Poetry Collection Award at the Listowel Writers’ Week Festival, and in 2014 she won the Boyle Arts Festival Poetry Competition. Spring 2015 Arlen House, Dublin published her debut volume, Little Witness, a collection of poetry inspired by her experiences growing up in an industrial school (orphanage) in the Irish midlands. September 13, 2015 The New York Times published a profile of her. January 2016 she received the Patrick and Katherine Kavanagh Fellowship Award in Ireland, and Little Witness was shortlisted for the Shine/Strong Award. She was selected as the Exceptional Offaly Person of the Year 2016. She teaches creative writing at Hofstra University, New York and is part of Hofstra’s Irish Studies program.