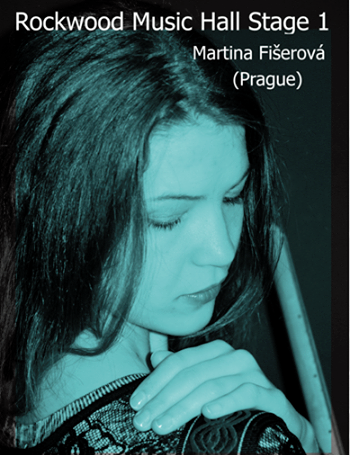 Saturday, December 20th Tara is performing at Brasserie Magritte for An Evening of Christmas at 9pm – 1463 Third Ave, NYC. Enjoy Rene Magritte’s artwork displayed on the walls and a superb Belgian menu of food and spirits.

Honor Finnegan also has a FREE online concert this Monday at 8:00pm EST. Click link below to attend.There will be a couple of musical guests, and Aviv Roth will be on guitar. New songs and lots of fun!  Click here for details.

Artists Without Walls’ Holiday Showcase will be at The Cell Theatre on Tuesday, December 23rd, 6:45pm. (Fifteen minutes earlier than usual.) 338 W 23rd St. Join us for a great holiday event. Free.

“I’m so proud and grateful to be a member of Artists Without Walls. Tuesday’s Showcase featured a video of a young spoken word poet from Nigeria collaborating with a talented pair of Irish musician brothers, a chanteuse-accordionist, a documentary filmmaker/writer reading her latest short story, a solo trombonist and Near Eastern dance. It’s the best New York has to offer — and nice people to boot!” Maria Deasy

I walked into The Cell Theatre an hour before the Artists Without Walls’ Showcase and I was presented with the perfect antidote to the cacophony that is a New York City rush hour, the sweeping sound of the opening movement of Beethoven’s Violin Concerto. Violinist Navid Kandelousi, who later opened the Showcase tenderly weaving phrases of Bach, Beethoven and Mendelssohn, was strolling through the theatre, warming to the task. I knew the evening would be special.

Jenai Huff followed Navid with three songs from her upcoming EP, Grace and Elbow Grease.  She opened with “Just Like Me,” followed with “Splintered Light” and finished with her brand new song and title track “Grace and Elbow Grease.”  Her radiant smile, the pure timbre of her voice and soulful lyrics captivated and touched the hearts of the audience.

Stephanie Silber read from a haunting excerpt from her short story, The Lemon Tree, which is set during the height of the Vietnam War.  A little girl and her grandmother are visiting the

latter’s stricken friend in a rehab hospital.  The glamour and allure of Manhattan are seen vividly through the child’s eyes, juxtaposed against the stark realities of great physical trauma; the fragment hints of the redemptive power of human resilience. A powerful reading.

Samara, who is the choreographer and artistic director of dance for The Mosaic Dance and Theater Company, and two of Mosaic’s dancers, Su’ad and Naima, performed traditional Near Eastern Dance. Su’ad performed an Oriental Dance, which was choreographed by Samara

with music by Adam Basma. Naima performed another one of Samara’s magnificent choreographies, an Arabic/Spanish Fusion called Balia Maria with music written and performed by Alabina. Samara ended the presentation with an Oriental Dance piece called Princess of Cairo. The sensual performers, the pulsating music and shimmering costumes made the dances a joy to watch.

Composer and jazz trombonist Chris Stover played a brand new solo arrangement of Chico Buarque’s “Apesar de você, ” a work dedicated to his Brazilian friends who, as Chris said, “Are fighting the good fight and making things happen in Brazil – saravá, gente!”  Chris spent many years as the go-to trombone player in the jazz and Afro-Cuban scenes in Seattle.  It’s clear why, since his playing incorporates a shimmering veneer and a casual sway even as the music’s tempo picks up.

Accordionist and chanteuse Marni Rice evokes an interesting blend of New York and Paris.  With heartfelt songs and accordion in hand we heard Piaf, although we didn’t hear a word of French.  We heard the streets of Paris, but it’s a theater on 23rd street in NYC. Marni’s songs are songs of New York, and yet we are transported to another time and place.  Three excellent works by an incredibly talented artist.

Mark Donnelly gave a marvelous performance of a monologue from his one-act play The Steamfitter’s Dream.  Smith and Kraus originally published the monologue in the collection Best Men’s Monologues of 1998. Mark truly captured the soul of alcoholic construction worker Pete O’Rourke as he takes a hard look at his life. Mark based the character of Pete on one of his uncles. Though not in the trade himself, Mark revealed proudly after the performance that he comes from several generations of New York Local 638 of the Steamfitters union.

It was another splendid evening. The next Showcase at The Cell will be on September 30, 7pm. For more information about Artists Without walls write to info@artistswithoutwalls.com

A special thank you to Cat Dwyer and Vera Hoar for the wonderful photos. 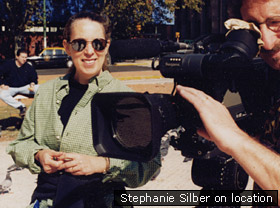 Come on out to the “AWoW Showcase at The Cell” for a taste of “Northern Fried” Cajun music of Southwest Louisiana: Upbeat, danceable roots music, spirited two-steps and beautifully heartwarming, bittersweet waltzes. The Catahoula Cajun Band is a New York based group and while all the band members hail from north of the Mason-Dixon line, their love of toe-tappin’ dance and traditional music inspired them to tackle the two-steps, waltzes, and Cajun-French lyrics of Acadiana.

Here’s the rest of the evening’s line-up:

Timeout London said of singer/songwriter Matt Keating “Beautiful and honest songs of substance and melancholy.” Matt’s newest album, Wrong Way Home, a 16 song emotional piece, is his tenth release. Matt’s music is tinged by nostalgia while being entirely modern. It is contemplation on life’s narrative, offering moments of joy and melancholy, epiphany and regret.

Leni Stern, who was born in Munich, Germany, and educated at Boston’s Berklee College of Music, is a New York based guitarist whose recent recordings are lush, deeply felt explorations of the sound of Africa colored by Stern’s soulful lyrics, lightly sanded voice and dazzling instrumental prowess. Leni will be joined by one of her fine musicians, bassist Mamadou Ba.

Carl Capotorto, born and raised in the Bronx, is a playwright, screenwriter and actor, well known for his six seasons in the role of “Little Paulie” Germani in the Sopranos.  Carl will be performing a work from his book, Twisted Head, a darkly comic memoir of growing up in the Bronx in the 60s and 70s.

Jack O’Connell, Michele Cetera and Ray Lindie, Showcases regulars, will be performing a scene from Frankie and Johnny in the Claire de Lune by Terrence McNally. This two character play focuses on two lonely middle aged people who work in a Diner, he as a cook, she as a waitress.  Johnny is certain that he’s found his soulmate in Frankie.  She, on the other hand is far more cautious and disinclined to jump to conclusions.

Award-winning documentary filmmaker Stephanie Silber will be reading from her short story The Lemon Tree, which follows a little girl through an eventful day with her grandmother in a 1960’s cityscape both alluring and menacing.  This excerpt finds the duo visiting the grandmother’s stricken friend in a New York hospital for rehabilitation.

Artists Without Walls was created to provide artists of all disciplines an opportunity to experiment with new ideas in front of a live audience; create an environment that fosters collaborative and creative effort and  promote members’ careers in the arts, whether they have already established themselves or are at the beginning of their artistic career.  We’re looking forward to a great night. Hope you can join us.