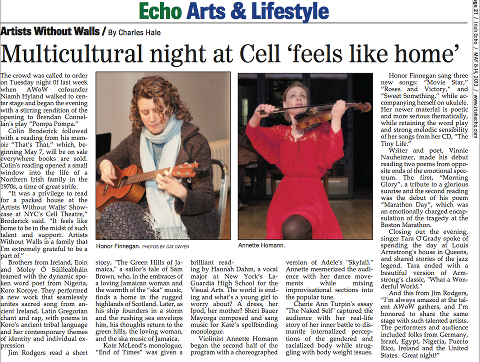 Charles Hale will be honored by CUNY’s Institute for Irish Studies on May 3, 2013.  The following article appeared in the April 16 edition of the Irish Echo.

The most recent edition–March 13-19, 2013–of The Irish Echo contains the following article about the Artists Without Walls’ Showcase at The Cell Theatre on February 26, 2013. Click twice to read: 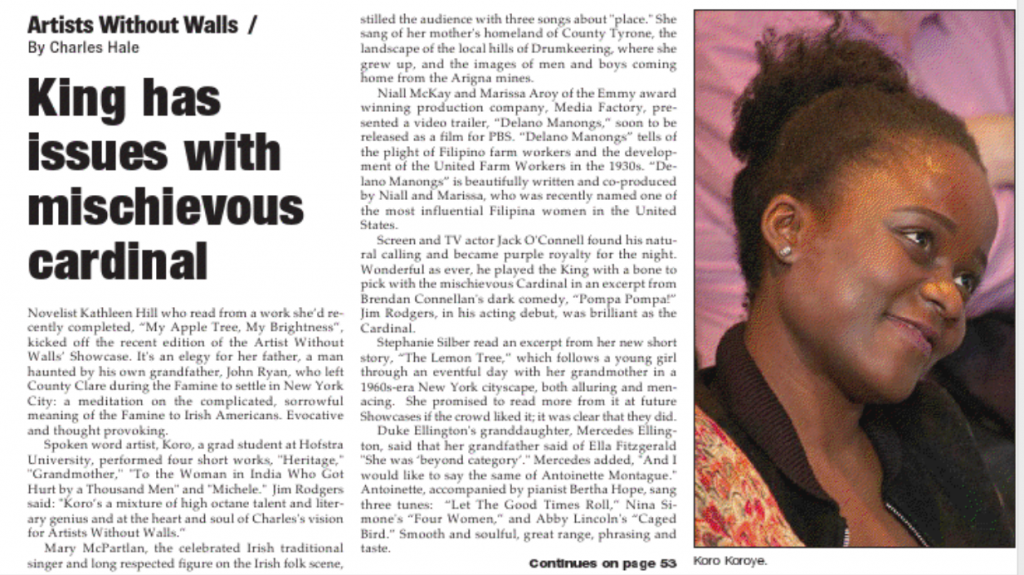 Click twice on the photo to read the rest of the story: 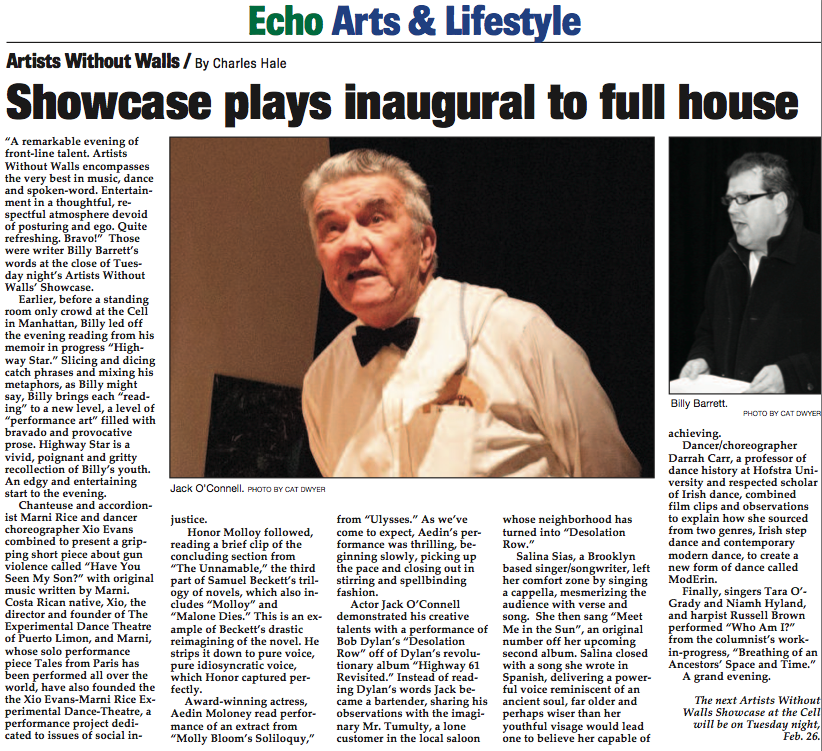 Comments on the 1/29/2012 Artists Without Walls Showcase.

“An enthusiastic, standing-room-only crowd filled the Cell Theater last night for the “official” launch of Artists Without Walls — an evening showcase of writing, acting, music, and dance.   Founder Charles Hale’s focus on the interests of the group’s membership suggests that members will shape AWoW’s development — an “open source” approach that foreshadows a future of diverse and experimental performances spanning multiple artistic disciplines.” Ed McCann

“A remarkable evening of front-line talent. Artists Without Walls encompasses the very best in music, dance and spoken-word. Entertainment in a thoughtful, respectful atmosphere devoid of posturing and ego. Quite refreshing. Bravo to  Hale and Hyland!”  Billy Barrett

“Never a dull moment as each act unfolded.  Also an audience-friendly intermission that could have lasted for hours.” Jack O’Connell 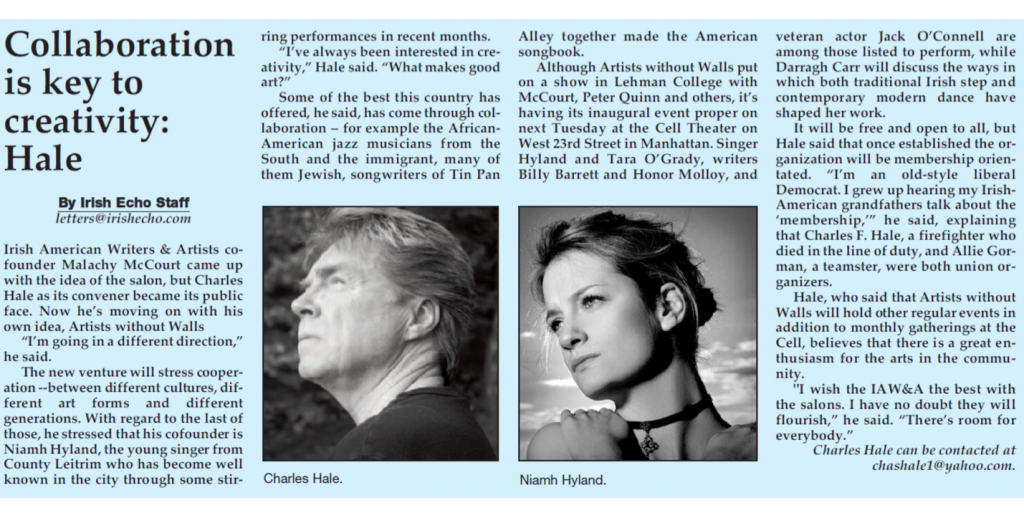