HONOR MOLLOY and FRIENDS at GLUCKSMAN IRELAND HOUSE in NYC

Denis Johnston’s THE OLD LADY SAYS “NO!” – a Reading, a Carnival, a Madcap Tour of Ireland’s Revolutionary Hissstory – with Music (of course)

“I don’t like to see my country insulted by indecent plays.”

Neither did the Abbey Theatre’s Lady Gregory, who rejected this raucous carnival of a play. With language lubricious and action outrageous, Johnston’s play is a searing look at Ireland’s relationship with revolutionary violence. But then, Denis Johnston wrote “Life itself is violent.”

Join the cast for a guided excursion through Johnston’s fantastical drama. With Singing! And Musical Interludes. 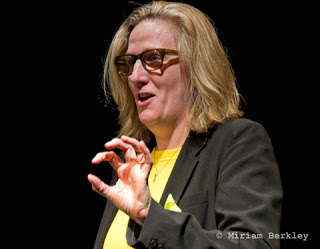