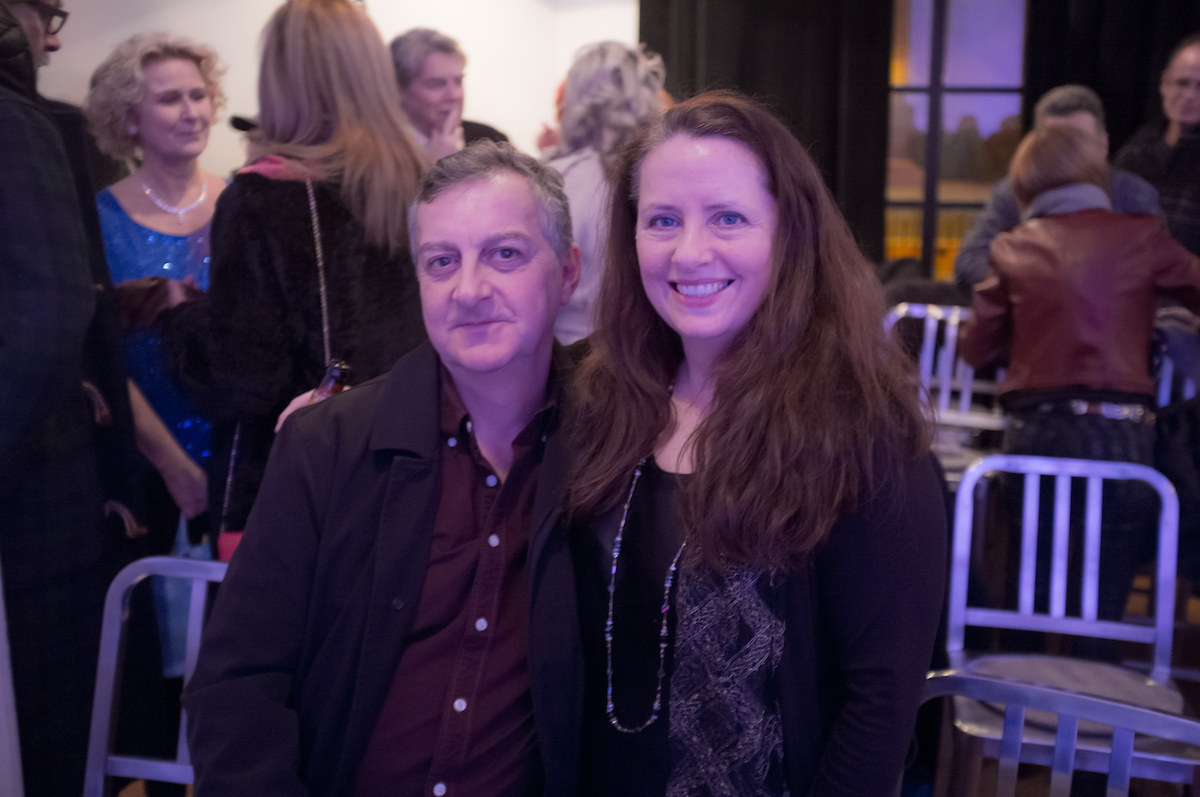 Thanks to Artists Without Walls, its members and friends, for the warm welcome and for the constant well wishes throughout my journey into the dark wood. The gratitude you’ve all expressed for my contribution at the celebratory year end show meant more than you could know. Very uplifting, like coming out into the light and into AWoW’s great wide open!.

Spending an evening listening to musical genius and mind turning, heart shifting spoken word, then joining in the boisterous afters in the good company of the talented performers, mentors and patron members and AWoW’s arts’ loving audience was the best pre-Holiday, recuperative gift!.

Thanks everyone for handing me your unwieldy cornucopia filled to the brim with stellar performance, good cheer, loving friendship and motivation! No doubt about it, in these doubt filled times, there’s joy and solace to be found in the simple knowledge that the arts are alive and well and that each and every month at The Cell’s wonderful up-front-and-personal stage, Artists Without Walls will continue to elevate the human experience through artistry, creative collaboration and camaraderie..

“New York City: A Shining Mosaic” is so much more than a play: it is a series of vignettes, a song and dance revue, a carefully interwoven collection of biographies of several characters, some seen, others merely mentioned…. New York Irish Arts 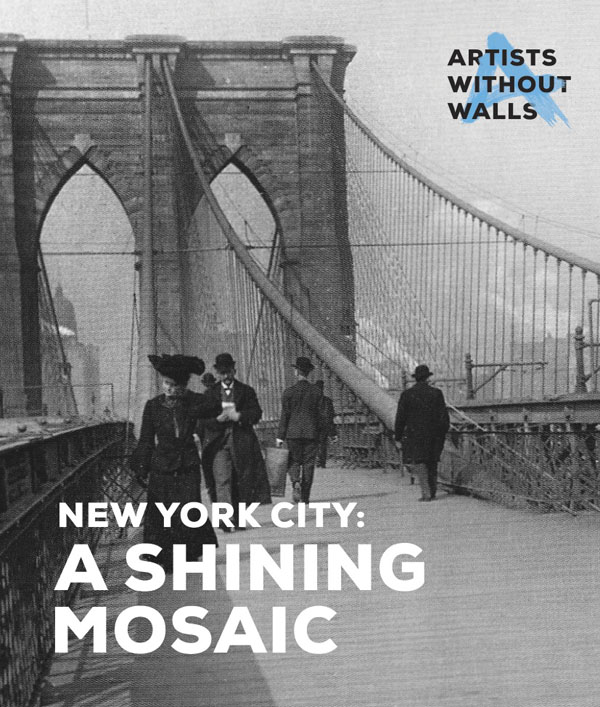 Artists Without Walls is pleased to announce that Julie Kline will be directing our presentation, “New York City: A Shining, Mosaic,” as part of Origin Theatre’s 1stIrish Fest on September 27, 7:30pm at Pier A, Harbor House, NYC.

Julie also conceived and directed SENIORS AND THE CITY in collaboration with oral historian Liza Zapol – a series of original theater works performed by Manhattan seniors based on their life-stories, supported by the Lower Manhattan Cultural Council. She also devised the latest incarnation of this special brand of senior center – ACTING OUT! – in residency at Stanley Isaacs Senior Center with Roots&Branches Theater in association with the Department of Cultural Affairs, the Department of the Aging, and the Distracted Globe Foundation.

As an actor, Julie has appeared in new works with Rising Phoenix Rep, 3Legged Dog, Ensemble Studio Theater, the DC and NYC Fringe Festivals, Ensemble Studio Theater, HERE Arts Center, the Japan Society, and Steppenwolf Theater. Julie is a former literary manager at Rattlestick Playwrights Theater, an Artistic Associate of Rising Phoenix Repertory, and an Artistic Associate for Roots&Branches Theater, where she leads inter-generational theater performances and workshops across New York City. Julie received a BFA in Acting from The Theater School, DePaul University in Chicago. 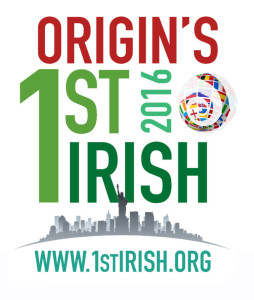 “New York City: The Shining Mosaic” will be presented at Pier A, Harbor House, 22 Battery Place, New York City, September 27, 7:30pm. For further information click here: For tickets, which are $15 with a small origination fee click here. If tickets are available the night of the show they will be $20 at the door.