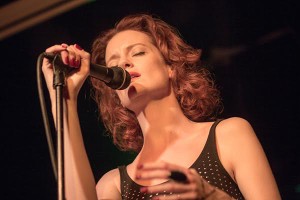 Join Artists Without Walls’ artistic directors and cohosts, Niamh Hyland and Charles R. Hale for its June Showcase at The Cell Theatre, Tuesday, June 28th. The doors and the bar open at 6:45 and presentations begin at 7:30.  The Cell Theatre is located at 338 W23rd St. NYC.

Pianist/vocalist David J Raleigh was last scene at The Cell in April when he and his quartet performed in Charles R. Hale’s “Jazz and the City: The New York Connection.” David, whose heartfelt music crosses musical boundaries and transport listeners to a timeless era of music and passion, will be returning to The Cell Tuesday night, 6/28 to perform a few songs from the show. Lauded by Time Out Magazine as the ‘Nat King Cole’ for a new generation, David has the ‘old soul’ songwriting sensibilities of some of the greatest performers of our time. 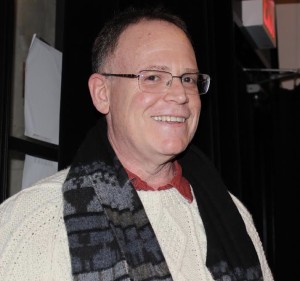 Film editor Sam Adelman has worked on over 70 feature films and documentaries including “Easy Money,” “Desperately Seeking Susan,” “Donnie Branco ” “Pollock,” “Sweet Lorraine,” “Changing Lanes,” “Screen Door Jesus,” and the soon to be released “Hometown Hero” with Eric Roberts. Partially inspired by the recent passing of Muhammad Ali, Sam will be reading a piece from his coming-up-on-retirement project “Getting Out of Show Business.”

Making her debut appearance at an Artists Without Walls’ Showcase  will be actor/singer Yvonne Almeria Campbell. Almeria, from Tyler, TX is a Resident Artist at The Cell Theatre. She attended Texas Christian University ( receiving her B.F.A.) and then Rutgers University, Mason Gross school of the arts (receiving her M.F.A.). Her TV acting credits include “Law and Order,” “Person of Interest” and “Guiding Light.” Her theatre credits include the lead role of Nelly in “Hard Times” at The Cell, as well as Yolanda in “10 Minutes Deep,” also at The Cell.  Almeria will be performing a scene about love, loss and winning. You can check out her upcoming webisodes at almeriacampbell.com. 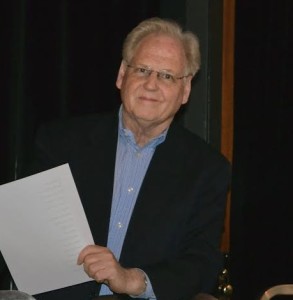 Come meet and hear Artists Without Wall’s charter member Mark Donnelly, who will be performing “Cowboy Time,” a short, humorous monologue based on his boyhood dream of becoming a cowboy. Mark is a playwright, poet and short story writer, who teaches English at St. Francis College and Borough of Manhattan Community College. 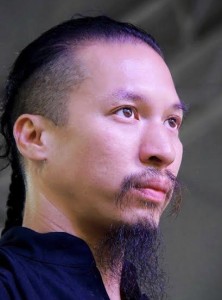 Joel Cruz, a regular AWoW attendee, will be making his initial performance appearance at Tuesday’s Showcase. Joel is a saxophonist, artist instructor, and writer, who music incorporates all genres. His team is most important to him and each show features a different instrumentation and the use of different styles according to the team on-hand. Every event in his life goes into his writing. Every emotion in the stories goes into his performance. Every moment on stage goes his teaching. 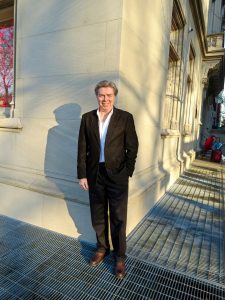 Charles R. Hale, one of Artists Without Walls’ cofounders and a Resident Artist at The Cell Theatre, will be premiering his short film “Jazz and the City: The New York Connection,” at this Tuesday’s Showcase. The film is a companion piece to his show of the same name, which debuted at The Cell in April.

From the best of times to the worst of times, songwriters have captured every corner of New York City through music. Weaving story, sidebars, images and the music of the Gershwins, Jerome Kern, Johnny Mercer, Billy Strayhorn and others, Charles connects New York City through the songs of the composers and performers who lived in the city, through the venues in which the songs were popularized and through his own recollection of New York and song.