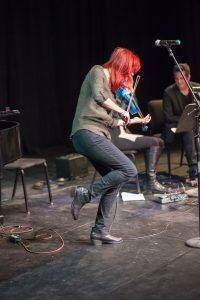 This past Thursday, Lehman College: The City and Humanities Program and the CUNY Institute for Irish-American Studies sponsored a performance of Charles R. Hale’s “Musical History of the Lower East Side,” celebrating the music of a neighborhood from which many of our nation’s ethnic groups can trace their origins.

In the 1840s, almost half of America’s immigrants were from Ireland. Often leaving behind famine and poverty, the Irish would often sing ballads steeped in nostalgia and self-pity, and despite the troubles they’d left, singing the praises of their native soil. The Irish also brought Celtic music. Melodies common to fiddlers throughout Scotland and Ireland were transferred nearly intact to the American fiddle tradition. Deni Bonet performed one such tune that has remained a bluegrass fiddler favorite, “Red Haired Boy.”

Stephen Foster, who’s often referred to as “the father of American music,” moved to the Bowery in 1860. Foster was primarily known for his parlor music and minstrel music. Niamh Hyland, with accompaniment from Deni and Noah Hoffeld, sang two popular Foster tunes, “Hard Times Come Again No More,” 1854, and “Slumber My Darling,” 1862. 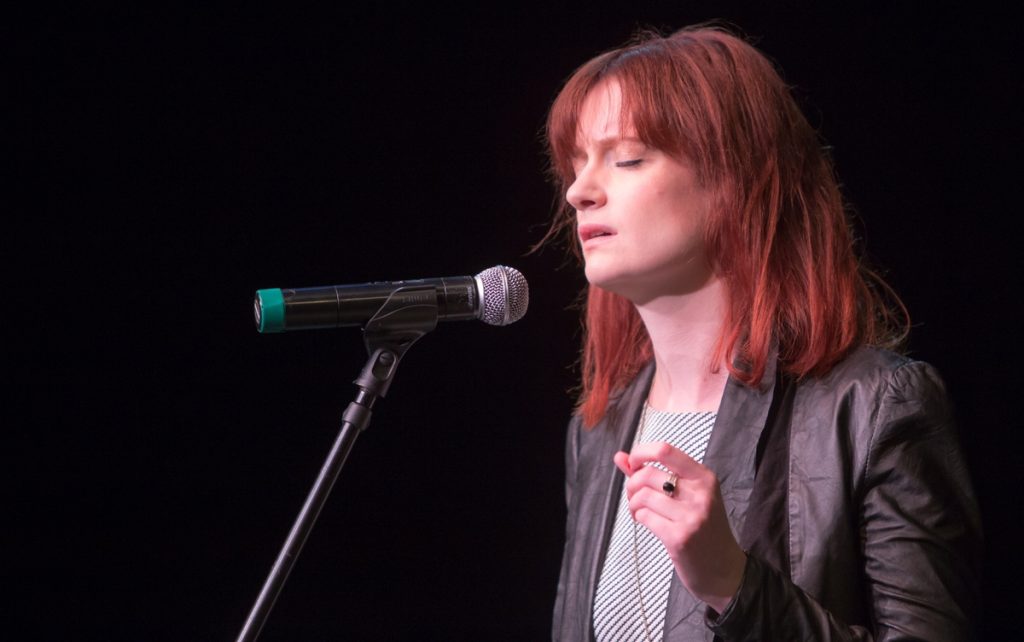 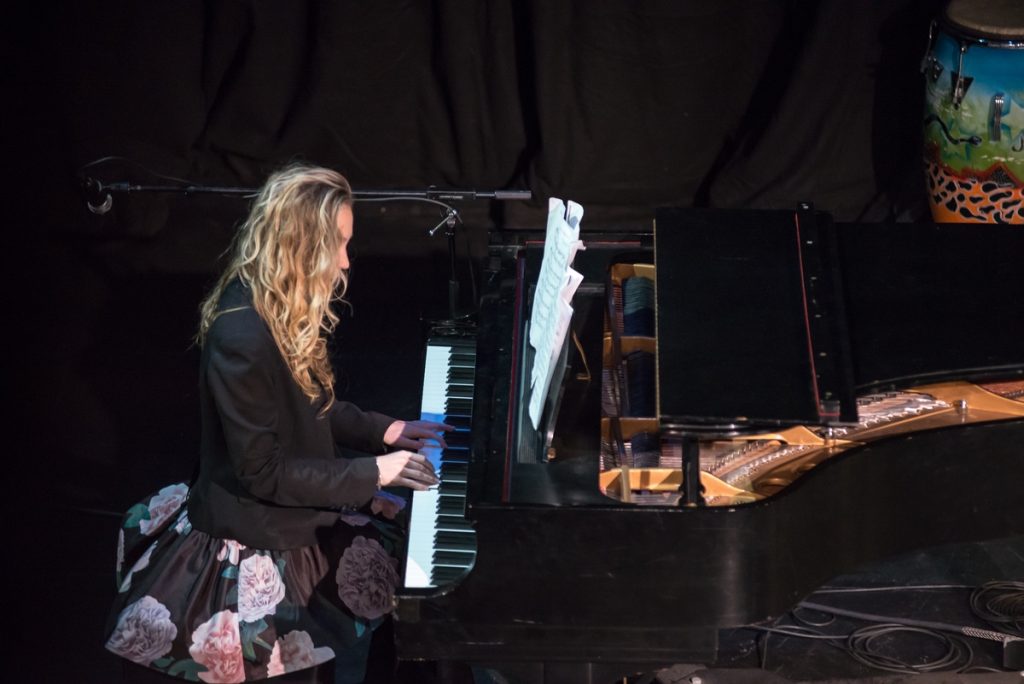 The Lower East Side is especially remembered as a place of Jewish beginnings in America. Between 1880 and the start of World War I in 1914, about 2 million Yiddish speaking Jews left Eastern Europe and Russia where pogroms and persecution made life unbearable. While Jewish composers, many of whom lived on the Lower East Side, were influential in creating the American Songbook, they also brought a great deal of European music with them as well. Basya Schechter and Noah Hoffeld captured the spirit of the past with two Yiddish songs, “Oyfn Pripetchik” and “Shnirele Perele” 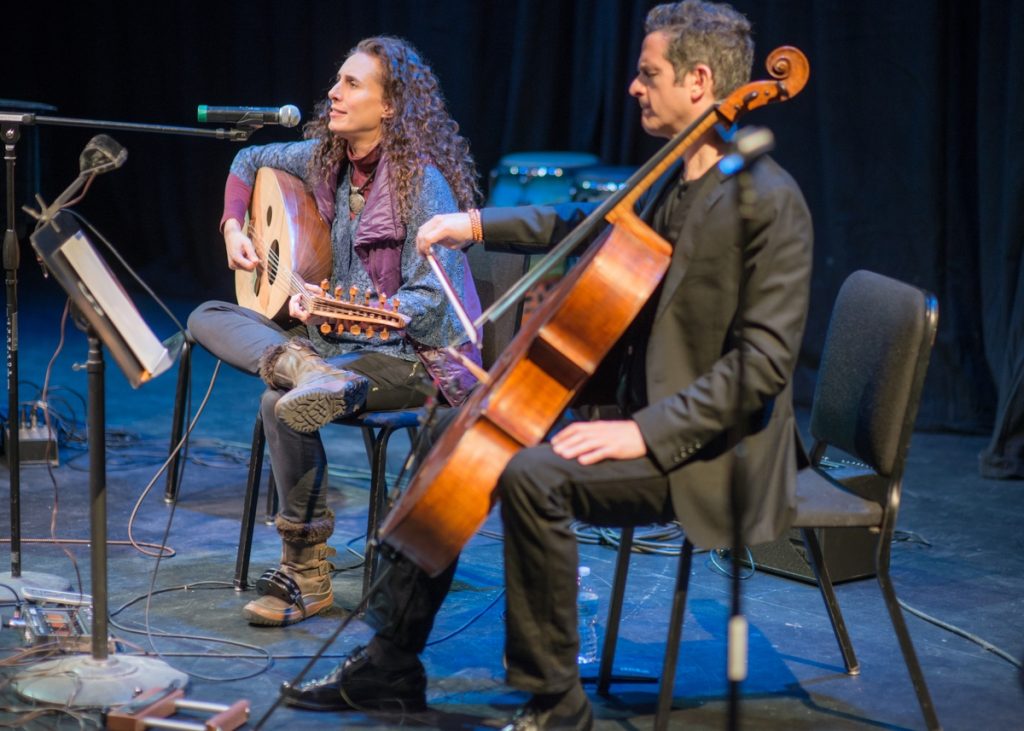 George and Ira Gershwin were composers who were raised on the Lower East Side. George’s classical music such as Rhapsody in Blue, his opera Porgy and Bess and his many show tunes remain popular today, but he also teamed up with brother Ira to write “I Got Rhythm,” “The Man I Love” and “Someone to Watch Over Me,” which was performed by jazz pianist and vocalist Mala Waldron with accompaniment from fiddler Deni.

In the mid 1950s many artists and musicians were drawn to the neighborhood around the Bowery by cheaper rents. The Five Spot Café, a jazz club located between 4th and 5th Streets, staged jam sessions with some of the giants of jazz: Thelonius Monk, Charles Mingus, John Coltrane, and Lower East Side resident, Charlie Parker. Waldron, accompanied once again by Deni, performed a Parker favorite “Embraceable You.” 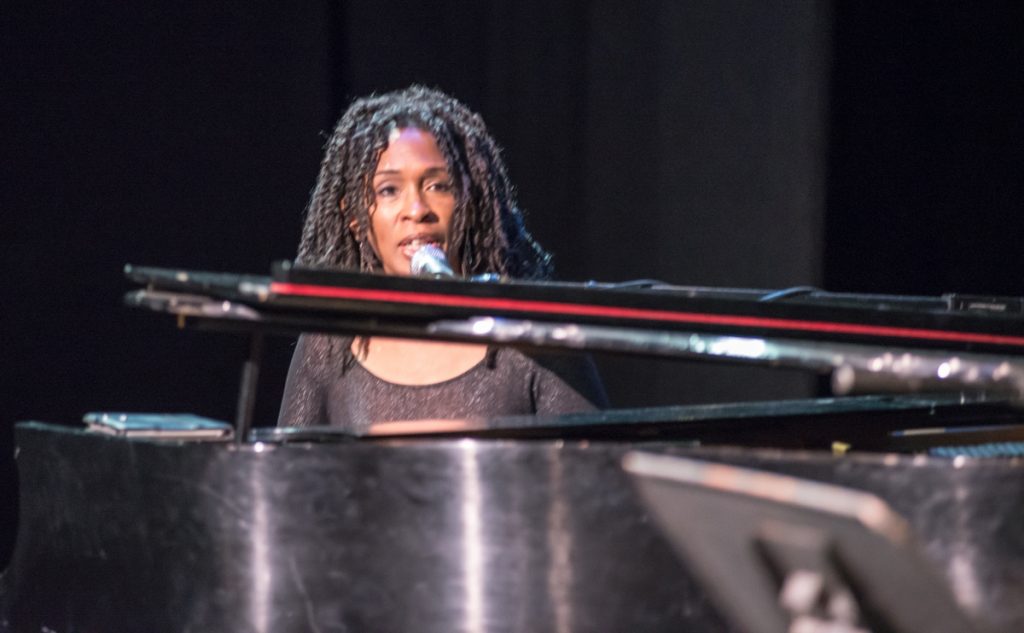 In the 1940s and 50s Latin Jazz began to take hold in New York City. At the same time, there was the first great migration of Puerto Ricans entering the country. Shortly, Dominicans and other Spanish groups followed. Latin jazz musicians, guitarist Yuri Juarez and percussionist Jhair Sala, performed a tune that was popular in the Latin community, now known by its Spanglish name, Loisaida, in the 1940s and 50s, “Night in Tunisia,” written by jazz great Dizzie Gillespie.

The music of the Lower East Side has continued to evolve from garage band to punk to alternative rock and yet, each year, the Loisaida Festival continues to evoke the spirit of its immigrant past, as did Yuri and Jhair with the last song on the program, “La Bikina.” 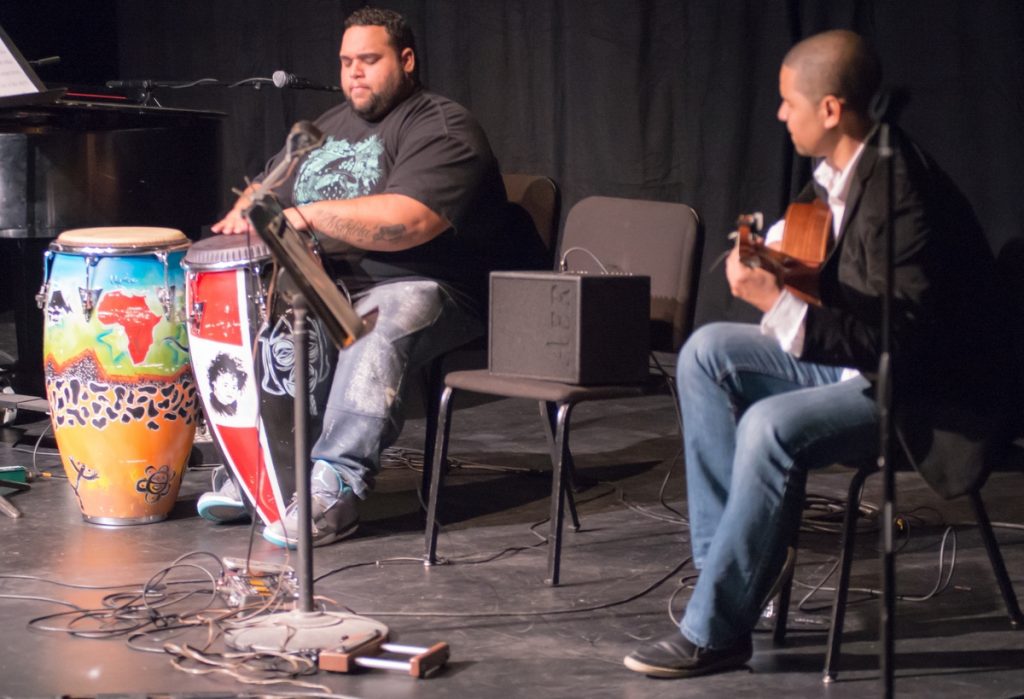 A big thank you to all the artists who participated in the “Musical History of the Lower East” and to Lehman College: The City and Humanities Program and the CUNY Institute for Irish-American Studies for sponsoring the event.