Deni Bonet and members of her band made a special Artist Without Walls appearance at AWoW’s Fourth Anniversary show, this past Tuesday evening at The Cell Theatre.  Deni premiered four songs off of her soon-to-be-released rock instrumental album. Deni wowed the AWoW audience with her virtuoso violin performance, along with her band of accomplished musicians: Ado Coker on piano, Jonathan Linden on guitar, and Andy Mac on drums.

Deni kicked off the show with the title track of the record, “Bright Shiny Objects” – an up-tempo piece that reminded us of a cross between Aaron Copland and Disco Inferno. 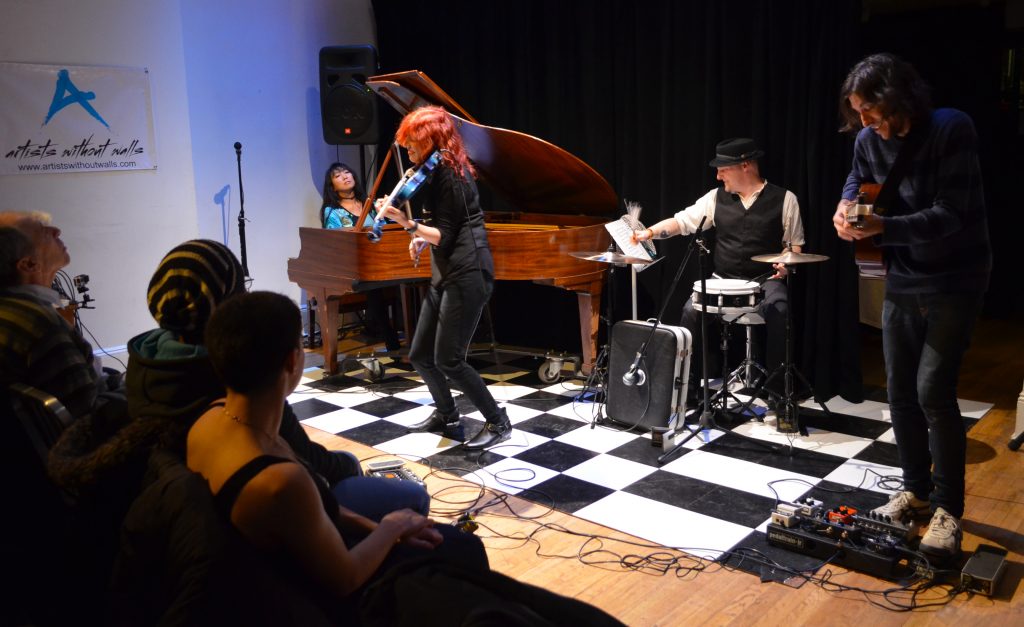 Next up was “Primal Dream,” a song written years ago when Deni was a member of NPR’s Mountain Stage Radio Show, which started with solo acoustic guitar and surprised the audience as it built to a powerful climax.

“Einstein’s Brain” was a crowd favorite with its interesting time signature and infectious melodies. Following the performance of this song, one audience member exclaimed out loud, “This is my new favorite song EVER!”

Deni and her band finished off their tremendous set with the exciting tune, “Red Dog”, where Deni’s violin pyrotechnics left the audience breathless and wanting more – which is what they will get if they come to the Bowery Ballroom on March 23rd at 7:30 to catch her full show. Click here for more info and tickets.

Poet Liv Mammone returned for her third feature with AwoW to celebrate the anniversary. She debuted a collection of sparkling and smarting new poems, including open letters of love to Frida and of hate to Kylie Jenner that were more like open wounds. 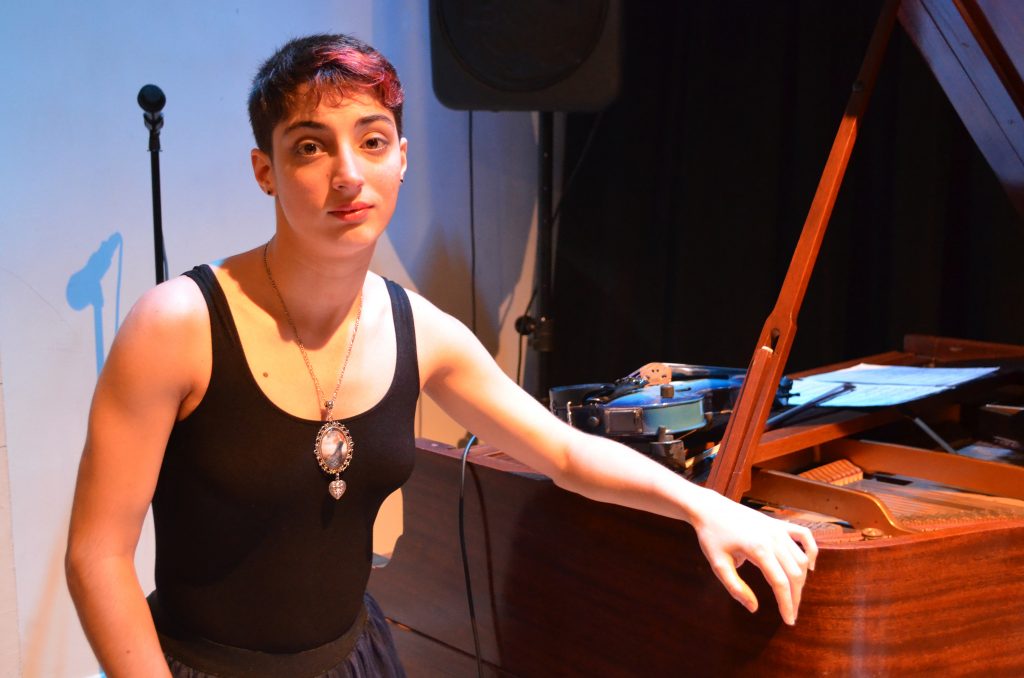 In a night full of collaboration, both planned and unplanned, Liv had no one to pass the ball to but the audience, which she successfully drew into her experiences with a humor both generous and biting and an honesty that continues to shake us.

Desdemona’s death scene in Othello always comes with a high degree of difficulty and expectation. In the hands of Alessia Sushko and Sedly Bloomfield the audience was witness to a beautiful, passionate and moving scene. Love and fear was on display. Ms. Sushko’s beauty and Mr. Bloomfields’s presence left us wondering, “What would have happened if Desdemona had lived…? 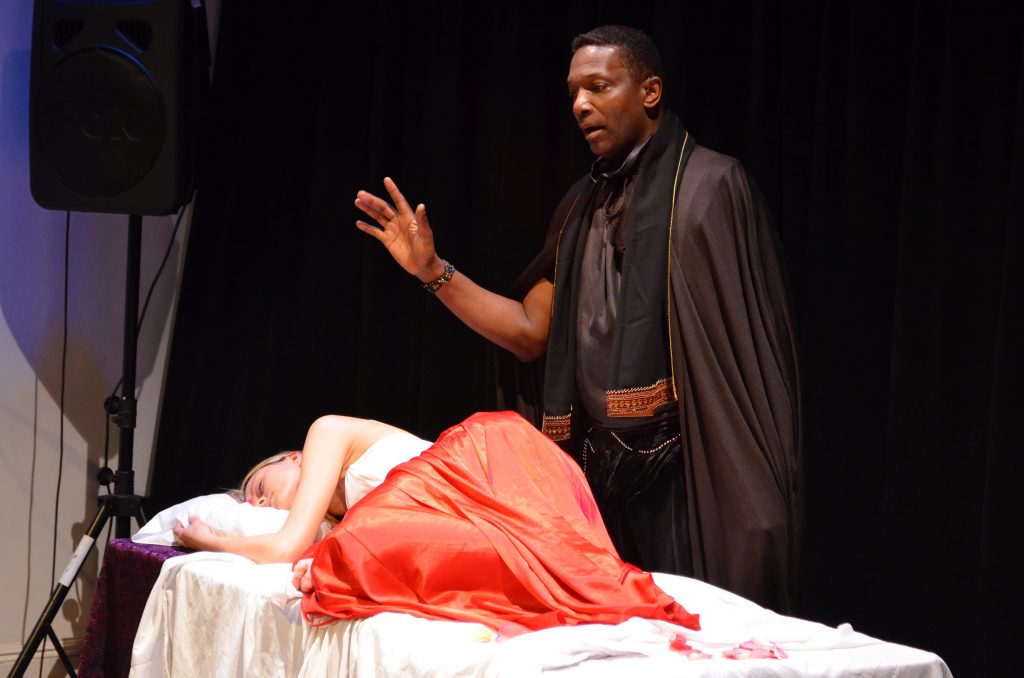