Alessia Sushko and Sedly Bloomfeld will be performing a scene from Shakespeare’s Othello at Artists Without Walls’ Anniversary Showcase on Tuesday, September 23, at The Cell Theatre, 338 W23rd St, NY. Alessia’s film and television credits include House of Cards, Mysteries of Laura, Sex & Drugs & Rock&Roll, Billions. In New York theatre she has appeared in Death, Please! (Theatre Row Theatre) and MacBeth (The Players Club). Alessia was raised in Belarus where she began her acting and ballet training. 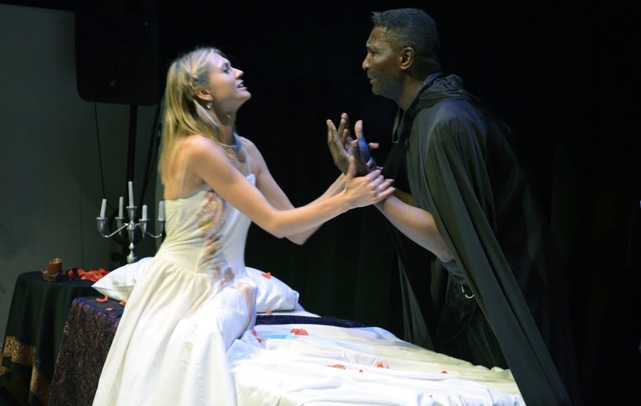 Sedly Bloomfield grew up in Brooklyn, where his development was stimulated by a Brooklyn’s unique melting pot of culture. After graduating from Erasmus Hall High School, Sedly attended Lee Strasberg and ran his own dance and acting club in Brooklyn NY. He has appeared in stage roles as Oscar Charleston in Cobb, Captain Davenport in a Soldiers Play and Hoke in Driving Miss Daisy, and on television he has appeared in All My Children, Torchwood and The Guiding Light.