As Artists Without Walls celebrates its fourth anniversary this month, we’ve asked members to share a few thoughts about their experience with the group. Here’s what singer/songwriter Terry McCarthy wrote: 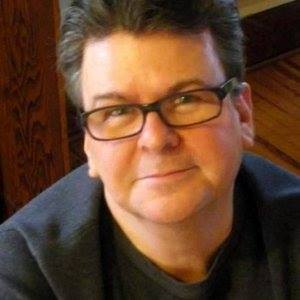 Vera Hoar contacted me and asked if I would like to attend a showcase and have dancers perform some of my work. I quickly realized that she had mistaken me for my old friend and renowned choreographer Tere O’Connor. I clarified that I was Terry McCarthy the singer/songwriter. We had all attended SUNY Purchase together so it was an honest mistake. Vera then asked me if I would like to come and sing some of my songs and I gladly accepted.

Coming to the first showcase was a remarkable event. The space, The Cell Theatre, was excellent. It’s open and clean and nestled in the neighborhood of my birthplace, Chelsea, NYC. The audience was excited and familial and best of all, quiet as the lights went down. I felt I had traveled back in time to a more sophisticated time, where I was taking part in an honest to goodness “arts salon.”

There were writers and actors and musicians performing their hearts out to an audience who delighted in what they brought forth. I couldn’t wait for my chance to play, which came the following month. Gratefully, the same audience embraced me as well. I have performed there a number of times since and I’ve loved every chance to play I was given.

Artists Without Walls saved it’s best gift for last as they helped me produce my show “Words in Music” at The Cell, which featured spoken word artists—all AWoW members—my band and videos I’ve produced. I can’t wait to do it again this coming spring. I can’t thank Charles and Niamh for their tireless work in creating the beautiful environment that is Artists without Walls

Here’s what Jack Silbert, DJWriter at satin wound.com said about singer/songwriter Terry McCarthy. “Terry really turns on the charm on his album, The Charm, with a warm strum and even warmer vocals throughout. With tremendous backing musicians, the record presents a wide variety of sounds, never falling into a folky funk….but the secret weapon is McCarthy’s sharp, melodic songwriting, on Beatlesque tracks such as “Loneliest Boy” and the should-be-a-hit “Just Today.”