“Lovely and talented! Brilliant across the board. Thrilled to attend; super sounds, sights and words – magical evening it was!” Bassist Michael Muller, who will be part of Tuesday’s Showcase at The Cell, commenting on a recent AWoW gathering.

Allison Sylvia is a poet/artist/dancer who has performed at a number of Artists Without Walls’ Showcases.  The Holiday Showcase will find Allison trying something new – reading through little chapbooks and collaborating with musicians.Here’s what was said about Allison Sylvia after her performance at “Permutations,” an AWoW/ Kathleen Bennett Bastis collaboration at Chelsea’s First Street Gallery last Spring: “Attention grabbing, fast paced, stay focused so you don’t miss a thought….Allison is not a rapper, but if Socrates were a rap artist you might think of Allison. Brilliant.” 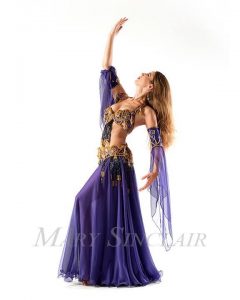 Mary Susan Sinclair, holds a B.A. in both Modern Dance and Theater from Sweet Briar College, and is classically trained in Opera as well as being a equestrian, competing in show jumping and equitation. Mary Susan has danced with the Jose Limon Dance Institute, trained extensively with Samara Adell for Middle Eastern dance, and danced for Mosaic Dance Theater Company for 4 years. She also began her training in Cyr wheel two years ago and has since represented Team USA at the CSIT world sport games in Lignano, Italy and performed in venues throughout the city of New York. Mary Susan will be performing a Middle Eastern fusion dance piece to a modern work of Oriental dance music. 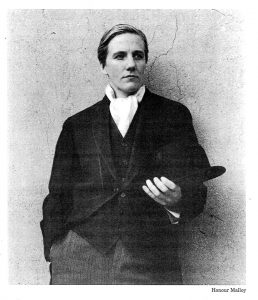 If you haven’t heard Honor Molloy read–she’s one of the best in NYC–you can hear her read/perform from Betty Smith’s internationally famous, “A Tree Grows in Brooklyn.”  Published in 1943 by Harper & Brothers, the passage Honor will read takes place on Christmas Eve, 1912 when Francie Nolan sets out with her little brother Neeley to bring home the biggest tree in Williamsburg.  Honor’s reading of Smith’s classic is always a great Christmas treat! 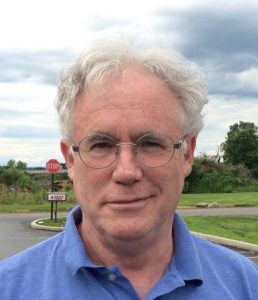 Jim Phelan is a professional writer from Allentown, PA, by way of NYC and Washington, D.C. The foundation of his fiction writing was speech writing for Presidential appointees during the Clinton and Bush administrations. He still guest lectures at local colleges and circulates his work in the Allentown area. In addition to fiction, he is a free lance writer for businesses,  brochures and funeral eulogies. “Self-requested eulogies must be paid for in advance,” Jim said. We’re looking forward to Jim’s first appearance at an Artists Without Walls’ Showcase. 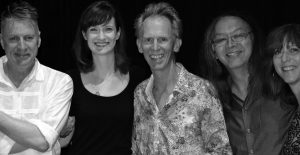 Tuesday’s Showcase will be the first show for the newly formed Two Many Lauras which is now a full five piece band, including Peter Chance, Cecil Hooker, Susan Hwang, Mike Muller and Pagoda Will. The band will  be premiering a brand-new song along with some old faves. Peter, Cecil an Mike have performed at a number of AWoW Showcases and they were sensational. We’re thrilled to have them and their new band members back with us. 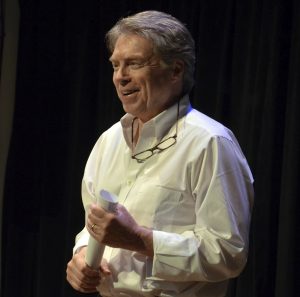 And closing out the evening will be a Niamh Hyland inspired Christmas spectacular with an incredible cast of musicians including Deni Bonet, Annette Homann, Erik Lawrence, Noah Hoffeld, Ed Romanoff, Niamh, the band members of Two Many Lauras and others. Charles R. Hale will be hosting what promises to be a very festive evening at The Cell Theatre, 338 W 23rd Street, NYC. The doors and bar open at 6:45.  Hope to see you there.