1) Who is Rusty Faris Wheel Productions?

.
John Faris and I, Justin Adkins, created this production outfit in January 2015 in an effort to make films that we are excited to see. After film school, we both realized that we work well together and have strengths that would benefit the company and our films. As such, we created Rusty Faris Wheel Productions to produce all types of films with a focus on horror and action/superhero fare.

2) What are you working on at the moment?

.
Currently, we are producing a superhero short film called “The Friend.” Principal photography begins on November 2, 2015. We are also finalizing our three additional projects for the upcoming screening.

3) Do you have any upcoming events you would like people to attend?

We are having the Rusty Faris Wheel Screening Event, presented by Artists Without Walls, on November 6, 2015, at The Cell Theatre, 338 W23rd Street, NY, 7:00 to 8:30, which will screen all three current projects. (Promo piece below.) 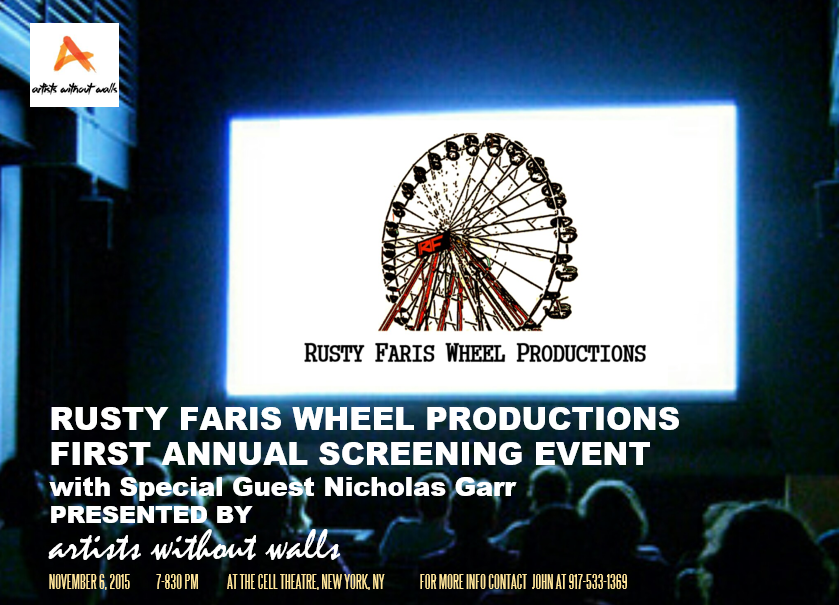 4) What are 3 of your favorite films/shorts and why?

.
Between the two of us, three of our favorite films are The Evil Dead (Justin), The Dark Knight (both), and 48 HRS (John). The Evil Dead is Justin’s favorite movie of all time. Sam Raimi is a true inspiration as a low budget, young filmmaker who established a strong career. The Dark Knight is, for both of us, one of the strongest cinematic depictions of any superhero derived from an existing comic book. 48 HRS. is widely recognized as the pioneer American buddy cop movie and is a perfect example of a simple film on a minimal budget that stands the test of time.

5) Who are the filmmakers past & present that you admire and why?

.
Sam Raimi, Christopher Nolan, Alfred Hitchcock, Walter Hill, and Mario Bava. All of these filmmakers are fantastic storytellers who can create a visual, tense, gritty, violent, and beautiful picture for the audience as the stories unfold. 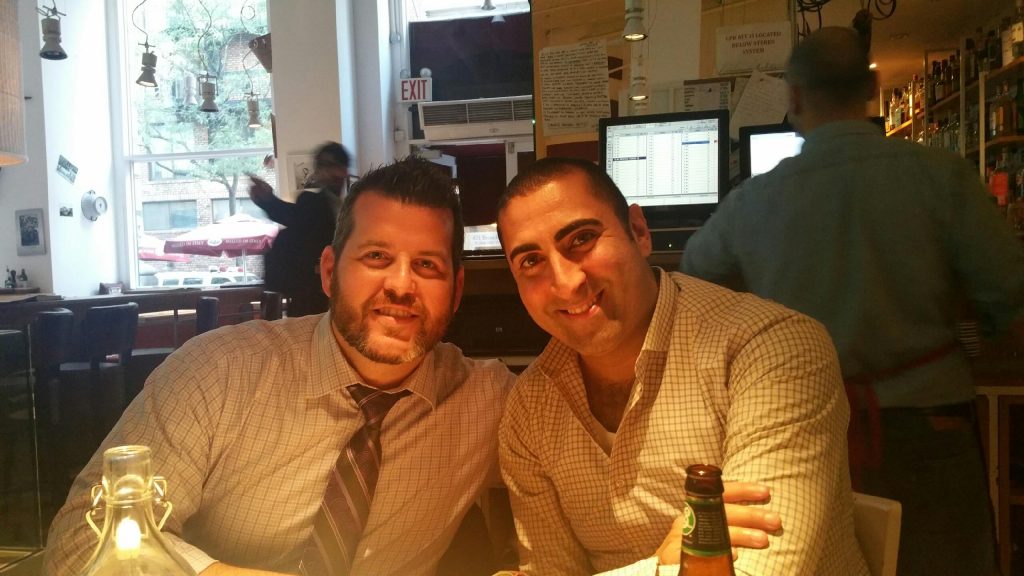 6) Who is your greatest inspiration and why?

.
For me, Justin, it is Sam Raimi. As stated above, he started out as a young, ambitious filmmaker who raised money, gathered his friends, and made a little cult movie. This led to greater things in the form of the Spiderman movies. For John, it is Christopher Nolan. In the same vein as Sam Raimi, Christopher Nolan started small by writing, directing and producing his first feature film, Following, in 1999, while working a full-time job and using his friends as actors. Nolan proceeded to wow critics with Memento and is credited with the resurrection of the now billion dollar DC Comic Film Franchise.

7) Name 5 things that you would like to accomplish in the next 5 years?

.
-Make at least two feature films
-Work full time on our films
-Help other filmmakers produce their visions
-Continue to develop relationships with other artists for collaboration
-See the distribution of our films

8) If you could dream of trying something in the arts you haven’t tried, but would like to, what would it be?

.
We would like to venture into the musical arts in the form of creating music and scores as well as singing. We also envision making films that are far beyond our comfort zones of the horror/action-comedy/superhero genres.

9) What do you enjoy doing in your spare time?

We enjoy watching movies as well as creating new characters and stories for our films. We also enjoy the fine art of beer drinking.