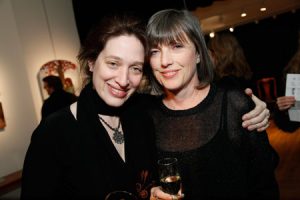 Nancy Manocherian’s play “Hey Jude,” directed by Kira Simring at Urban Stages. Tickets are $45, but AWoW members can get them for $20 by emailing info@artistswithoutwalls.com Performances at Urban Stages, 259 West 30th Street between 7th and 8th Avenues. Fri -Performances: June 14 – June 21 Tues. & Wed. at 7:30, Thurs.-Sat. at 8pm and Sun. at 2pm. 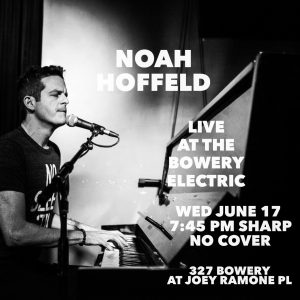 Cellist/pianist Noah Hoffeld will be performing at Bowery Electric, 327 Bowery at Joey Ramone, Place, Wednesday, June 17th, 7:45. Noah will be playing songs from his upcoming album- Play Human. Also ‘save the date, Wednesday August 5th, 8pm for what is sure to be an  amazing CD release party at the Bowery Electric.

What do you get when you throw 3 Moth SLAM Champions together — Adam Wade, David Crabb, Tricia Rose Burt — and mix in a singer/songwriter — Ann Klein — who played with Ani DiFranco and the B-52s and on Broadway with Kinky Boots?  A mind-bending night with a barely-legal dose of hilarity.  Plus there’s an Open Mic at the end (and Open Mic-ers get a 25% discount — 50% if they bring a friend). Friday, June 19, 2015, 8:30 – 10 PM at Spectrum NYC, 121 Ludlow St. (betw. Delancey & Rivington).

Big Block Party in Greenwich Village! AWoW member Deborah Monlux presents: Catahoula Cajun Band at a street dance set in Manhattan on Sunday, June 21st at 4PM on West 8th Street at MacDougal Street (between Fifth Avenue and Sixth Avenue). Dance to the band’s “Northern Fried” Cajun music of Southern Louisiana or sit at a bistro table near the stage and enjoy food and drink from nearby restaurants as you listen. In addition to musical performances, there will be dance, art, and games at the all-day party. Bring your father—and your kids—and celebrate Father’s Day at this pop-up Louisiana dance hall right in the middle of Greenwich Village!