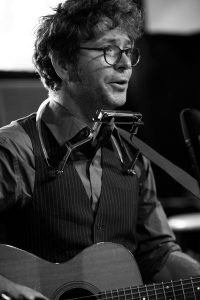 “This is a note of thanks to Artists Without Walls for supporting my efforts through pictures and words these past months. I’ve been working as an actor for at least twenty five years now and I’ve never before been involved in anything quite like this. AWoW is a unique blessing. So happy to be a member.” Jack O’Connell, actor, New York

Vincent Cross, who first performed with AWoW in its show “Rise Up Singing: Women in the Labor Movment,” will be performing at his first Showcase. Vincent will be drawing from the purist of mountains springs to present original urban Americana stories. Said, Vincent, “These will be performed in the high lonesome sound on guitar/banjo.”

Connie Roberts, a County Offaly native, emigrated from Ireland to the U.S. in 1983.  She has won many awards for her poetry including the Patrick Kavanagh and the Listowel Writers’ Week awards. She will be reading from her just released debut volume, Little Witness, a collection of poetry inspired by her experiences growing up in an industrial school (orphanage) in Ireland.

Here’s what Jack Silbert, DJWriter at satin wound.com  said about singer/songwriter Terry McCarthy. “Terry really turns on the charm on his album, The Charm, with a warm strum and even warmer vocals throughout. With tremendous backing musicians, the record presents a wide variety of sounds, never falling into a folky funk….but the secret weapon is McCarthy’s sharp, melodic songwriting, on Beatlesque tracks such as “Loneliest Boy” and the should-be-a-hit “Just Today.” Terry will be joined by Andy Sandel , Gerry Griffen and Tom Monaghan.

Richard Stillman and guitarist Flip Peters will  be performing  numbers from Richard’s show,”The Spirit of Vaudeville,” including a tap dancing Charleston played on tenor banjo, a short story that finishes with Richard tap dancing while playing the harmonica & bones while juggling and a novelty ukulele routine. “The Spirit of Vaudeville” won a Best Concert Award at the 2014 United Solo Theater Festival.

Toby Tobias was born and raised in Johannesburg, South Africa. Toby has immersed himself in all genres of American Music of the last fifty years. His interest in African Rhythms & World Music, coupled with his keen ear for highly intuitive arrangements, has been the hallmark of his writing and performance styles, and he has garnered a strong following of listeners on Long Island and beyond. He will be performing a song called ‘Madiba’, dedicated to the life of Nelson Mandela. 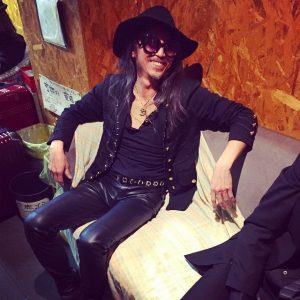 Shu Nakamura, a Japan born – Brooklyn based musician, guitar player, multi-instrument player, composer, singer-song-writer, music producer. Shu moved to NY in 1999, has been a NY music scene layer. He just returned from his 2015 Japan tour with his rock band called “the Ninja Orchestra”. Shu will be performing his original material, as well as teaming up with Niamh Hyland  for a tune or two.