Jim Hawkins will be presenting a program of “Stories and Songs from the Irish Tradition” today, Sunday, 2pm at the Glen Cove Gold Coast Library, Glen Cove, LI.

On March 17 and 21, Jim AND Greg Ryan will be playing traditional Irish music and singing Irish ballads at the MacArthur Park Restaurant on Park Ave in Rockvile Center, LI. They will be playing from 5-9 on the 17th and from 1-4 on the 21st, after the Rockville Center St. Patrick’s day parade.

Mary Tierney will be appearing today, Sunday March 15, 1:30 pm in the Poor Mouth Theatre company presentation of A Night of Irish Storytelling” “Sacred Sow” written and directed by  Ellie Cummings.

Nancy recently performed “The Doctor Is Not In” at the United Solo Theatre Festival 2014 and received the award for “Best Comedian.” 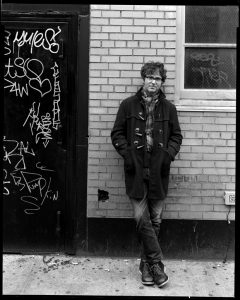 From Vincent: “Traditionally, St Patrick’s Day would be just the day of March 17th, but living here in the US, there seems no end to the various celebratory parades. I’m not complaining of course, as I can claim that my upcoming show at the Scratcher is to commemorate the Saintly man himself; however, I would like to invite folks out to hear some newly written tunes at the one and only Scratcher Bar on the Lower East Side. That day being March the 15th at 7:15pm on the dash. There are usually two acts split over two hrs with fifteen minutes between each. I’m not sure who will be sharing the stage with me, but be sure to catch both sets. Oh…and if you join the Facebook invite here, I’ll be eternally grateful.”

Singer/songwriter Ed Romanoff, who recently concluded his tour of Germany and Ireland now wraps up in NY next week. He’s bringing along one of his favorite players, Clive Barnes from Kilkenny Ireland. Clive’s a blues powerhouse and has played with many legends. Join them for some new songs and some new sounds.

The next session of the traditional Brooklyn Cajun Jam Session at the fabulous Jalopy Theatre in Brooklyn, will be lead by Tim Kness and open to all musicians at the Jalopy Theatre and School of Music, Brooklyn, NY (Red Hook Neighborhood) 315 Columbia Street (Between Hamilton & Woodhull) Brooklyn, NY, 11231.