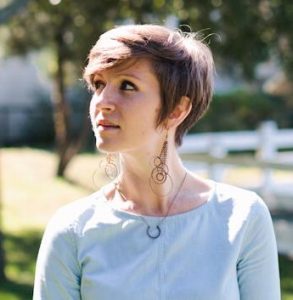 The weather may be cold and dreary but inside The Cell Theatre, tomorrow night, Monday 2/16, 6:45, there’ll be great cheer and warmth, not to mention a wonderful array of talent as Artists Without Walls presents it’s February Showcase.  Here’s the lineup:

Amy Virginia Buchanan is a musician, actor, writer, and producer, hailing from the midwest and living in Brooklyn. She recently released her first album, “I’ll Sing You Songs When You Aren’t Around,” and is presently writing an EP loosely titled “You/Me/Us.” 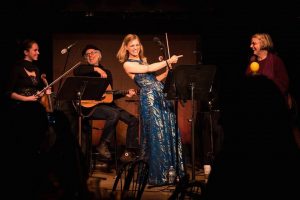 Violinist Annette Homann, who recently performed her CD release program in NYC, will be playing a piece by Russian composer Serge Prokofiev and a dazzling fiddling piece by Mark O’Connor, which she played at her CD show.

You may have seen Noel Lawlor perform a scene from “Shakespeare” a number of months ago. Good news: Noel will be returning to The Cell performing the Prologue from Henry V, in which Shakespeare asks his audience for their willing suspension of disbelief, to come along with him on an epic journey on land and sea, using only their imaginations as he depicts vast battle scenes during the 100 years war between England and France with just a few actors on a bare stage. 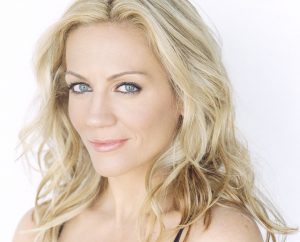 Actor/dancer/singer/writer Melissa Ritz will perform an excerpt from her award-winning one-woman show Journey of a Bombshell: The Ina Ray Hutton Story. Based on true events, 1930’s famed Big-Band leader Ina Ray Hutton found success and heartache on the stages of Broadway and beyond, with a secret she couldn’t afford to reveal at that time.

Award-winning actress and comedian Nancy Redman stars in THE DOCTOR IS NOT IN, her sci-fi comedy exploring the hypocrisy of Hippocrates, directed by Austin Pendleton at Abingdon Theatre Company Dorothy Strelsin Theatre 312 West 36th Street, 1st Floor  NYC Sunday, March 15, 2015 at 7pm For her recent “The Doctor Is Not In,” performed twice in the United Solo Theatre Festival 2014 at Theatre Row, Redman has been honored with the Best Comedian Award. 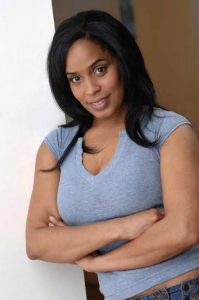 And there’ll be a fair share of rock and pop including former world-touring back-up-singer and native New Yorker Sybil Scoby, who’ll  pay tribute to Donna Summer, the woman who inspired her to sing, and Lily Sparks, a local rock band consisting of AWoW cofounder Niamh Hyland, Kg Noble and Margaret LaBombard. Here’s how one critic described Lily Sparks: “If Heart and Joan Jett had a baby and sent it to boarding school with Florence and the Machine you’d get a hard rocking band with killer vocals called Lily Sparks!”

The bar will be open at 6:45, so you can come and “chill out” or, as the case may be, “warm up” and chat with new and old friends before the event. We have an amazing line up from Shakespeare to “stand up,” from a disco icon to a “Bombshell,” from classical violin to Irish fiddling mixed with the virtuosic techniques in the style of Paganini and Tartini, and some “folk” and “rock.” This is going to be great. Hope to see you there