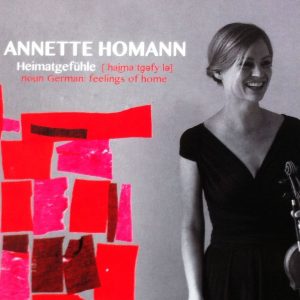 On Christmas Eve Annette will be performing with the Canadian Chamber Orchestra at the Episcopal Church of St James the Less in Scarsdale 4:30 pm, 9:30 pm

On December 23rd at 7:30pm, pianist and songwriter Sasha Papernik will perform holiday classics as part of Swingin’ in The Holiday presented by Jazz at Lincoln Center at the Rubenstein Atrium, Lincoln Center. Show starts at 7:30pm sharp, free admission. 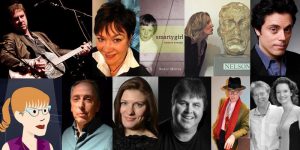 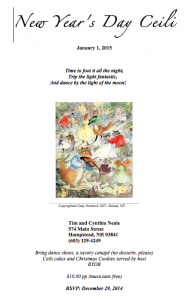 Join them for the next session of their traditional Brooklyn Cajun Jam Session at the fabulous Jalopy Theatre in Brooklyn. This jam will be led by Jesse Lége.

The Brooklyn Cajun Jam focuses on the traditional Cajun & Creole music of southwest Louisiana. Vocals are sung in Cajun French and are backed up by button accordion, fiddle, guitar, and occasionally, ‘tit fer (triangle) bass and mandolin. Since most tunes are played in the keys of C and G, fiddles are usually tuned down a whole step to FCGD. Bring your instruments, join the music session, dance, or just come by and listen to some great traditional Cajun music.