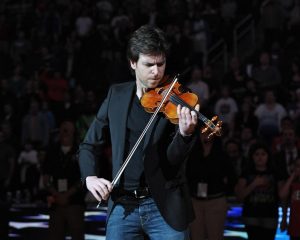 We’ve been fortunate to have a number of great violinists and fiddlers at Artists Without Walls’ Showcases, including Deni Bonet, Annette Homann and Bernadette Fee. On Tuesday we will feature another great violinist, Gregory Harrington. Gregory, who has performed at Carnegie Hall, Lincoln Center and Boston’s Symphony Hall and venues around the world, will be performing a few pieces, including Bach and Nirvana. You won’t want to miss this brilliant performer.

Jim Hawkins has spent decades telling stories, with a sly, folksy understated humor, just like the seanchaís of old, whom Hawkins emulates. With a gentle, easy-going manner and warmth, Jim tells the stories of nearly vanished Irish folkways to audiences far and wide, in public libraries, pubs, churches, universities, in Ireland and here in the United States. “I wish to be a vehicle that carries the history, culture and traditions of the Irish people, and to share the stories, songs and poetry of this great culture with the world. It will be my contribution to keeping this wonderful art-form alive and well.” Come hear him perform an excerpt from his story, “Driving Across America with Billy Zuckerman.” 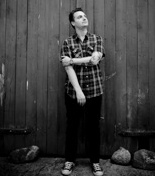 Finland native and guitarist Robin Pahlman, who has been performing around town with Deni Bonet and who’s wonderful performance at AWoW’s recent Showcase at Rockwood recently, was a big hit with the audience,  will be making debut appearance at an AWoW Showcase at The Cell. 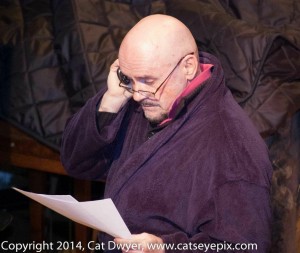 We’ve had some incredible performances at AWoW’s Showcases during the past year and right up there with the best was David Sharp’s performance from his one-man show Tennesse Williams. His tour-de-force performance was spellbinding and brought down the house. David will be performing another scene from his work at Tuesday’s Showcase. 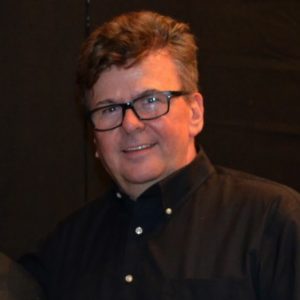 Terry McCarthy was born in New York City and grew up in Breezy Point, writing songs as he wandered the winter beach. After surviving both a Catholic and public school education, Terry attended SUNY, College at Purchase where he received a BFA in Theater Arts, all the while knowing his first love and passion was music. Terry who ended a recent Showcase with three terrific tunes from his most recent album, The Charm, will once again be joined by the great guitarist Devon McCarthy. 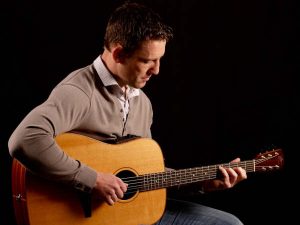 Joining AWoW for his first appearance is folk singer/songwriter Mickey Coleman. Mickey’s  talent for penning songs has been well documented in songs such as Culdaff, Duffy’s Cut, Undocumented Man, The Brantry Boy, My Coalisland Girl, The Holylands Belfast and Kilkeel Fishermen. Mickey has released three albums Carefully Crafted, A Mother’s Lullaby and the critically acclaimed Last Glance and he’s shared the stage with some of the world and Ireland’s top folk artists such as The Chieftains, Cara Dillon, Francis Black, Liam Reilly and Bagatelle, Steve Cooney and many more. 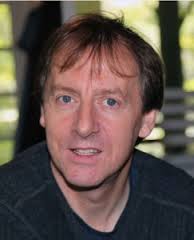 Don Creedon is an award-winning playwright, director, and actor originally from Dublin, Ireland. In October 2010, Don received the 1st Irish 2010 Theatre Festival Audience Award for Best Play for Guy Walks into a Bar. Also in 2010, Don was nominated for Best Director 1st Irish 2010 Theatre Festival for the US premier of Dermot Bolger’s one-woman drama The Holy Ground, featuring Katherine O’Sullivan. Don will present a scene from his one act comedy Divine The Cast with Maeve Price and himself in the role of Father Divine.