The Irish Film New York (IFNY) and Artists Without Walls’ member Niall McKay is excited to announce that the IFNY will host a talk with Oscar-nominated writer and director, Jim Sheridan, (My Left Foot, In America) and screenings of three of his award-winning films. 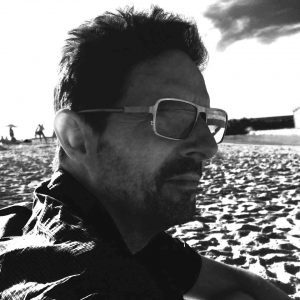 IFNY is also back this year with its fourth annual slate of top-notch contemporary Irish films. The festival kicks off Friday, October 3rd with Game of Thrones’ starring Maisie Williams and directed by Niall Heery. The festival continues with the North American premiere of the fascinating documentary Broken Song, which follows three hip-hop musicians/writers from hardscrabble areas of Dublin as they struggle to find and articulate meaning in an often-chaotic world.

Screenings also include the US premiere of the comedy Poison Pen, about a celebrated author (Lochlainn O’Mearain) who is blackmailed into writing for a tabloid gossip magazine and finds himself caught up in a world of stars and their secrets and in danger of turning into a tabloid celebrity himself. IFNY will also feature the New York premiere of the hypnotically beautiful Out of Here a contemporary coming-of-age story shedding Dublin

and its youth culture in a light not previously seen or explored. Rounding out the screening series is the engrossing Love Eternal (New York Premiere) from Brendan Muldowney, a touching drama that immerses us in the seldom-exposed world of necrophilia and assisted suicide and is a macabre ode to love, loss and the bonds that unite us.

The festival also features the signature opening night party at Glucksman Ireland House on Friday October 3rd, prior to the opening night film. For more information on the films included in this year’s festival and to watch trailers and buy tickets click here