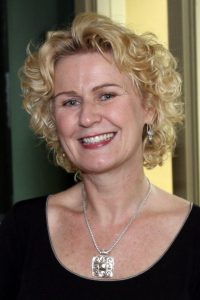 The winners of the iYeats International Poetry competition was announced on July 31st at a ceremony at the Hawk’s Well Theatre, Sligo during the 55th Yeats International Summer School. Connie read her poem “Oasis”—an homage to her foster-mother Eileen—via video link. (You can see and hear Connie at the end of this article.) The two judges, Peter Sirr and Catherine Phil McCarthy, remarked on Connie’s poem: “Oasis”, we thought, managed to communicate convincingly a striking life-force and feeling. The voice had vividness and humour and the sharpness of pain and sense of abandonment beneath the language.” 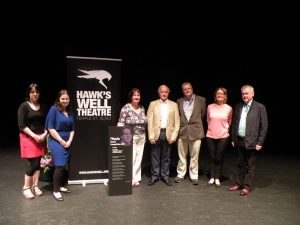 As it happens, fellow AWoW member Noel Lawlor is in Sligo at the moment, attending the Yeats Summer School. He attended the awards ceremony and celebratory luncheon on Connie’s behalf. Noel’s Wexford wit was in full swing in his follow-up e-mail to Connie:  “I had a great time being you for a day—star treatment, paparazzi, free lunch. [I even] got a ticket for a sold out show at the Hawks Well Theatre last night also. So your influence is far and wide.”

“Team effort and collaboration—that’s what AWoW’s all about!” said Connie.