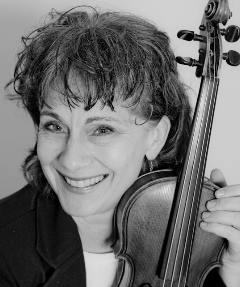 Who is Deborah Monlux?

Deborah Monlux founded Bayou ‘n Brooklyn in 2011, paving the way for a cultural exchange through music, art, dance and folklore. She was first inspired by the music of renowned Cajun fiddler David Greely in 2010 and bridged the geographic gap by starting video-conference lessons with him shortly after.

Deborah often travels to Louisiana to participate in festivals and workshops, and soak up the Louisiana-born music and culture. She has played a prominent role in promoting the introduction of Cajun, Creole and Zydeco music and culture to  Brooklyn by producing performances and jam sessions at venues that include Galapagos Arts, the Atlantic Antic and Flatbush Frolic. She also manages and plays fiddle in the Catahoula Cajun Band, a New York-based Cajun dance band.

I was first inspired by the music of renowned Cajun fiddler David Greely in 2010 and bridged the geographic gap by starting video-conference lessons with him shortly after.

What would you like to accomplish in the next five years?

I would like to create a music series that allows collaboration of several bands and becomes a long-term social, educational and artistic event, which will have a permanent home in NYC and secure the series for the long term. 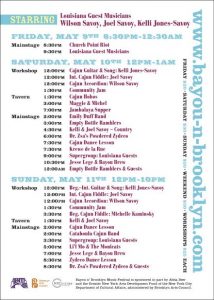 Lynette Wiley, owner of Jalopy Theatre and school of Music, with her long background in arts management, encouraged me to curate and bring together a community of Cajun Music spanning from North to South. This has been accomplished by doing something that has never done before, bringing Louisiana’s top musicians to Brooklyn to closely work with local musicians in performance and a full three day fest.