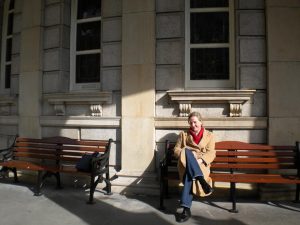 Who is Honor Molloy?

Born in the Rotunda Hospital—Europe’s oldest maternity hospital—I grew up in a lively theatre family. Artists, journalists, actors, musicians, even The Dubliners, gathered round the fire for parties in the teeny stable that my father had converted to a mews. This paradise came to an end as what my mother called “The Troubles” arrived at our door. The drink drove us out of Ireland and my American mother brought us home. Allentown was a dreary place in the 70s. It was alienating and I only wanted to escape. So, I studied all forms of art, fostering my discipline, ready for the day I could start my real life somewhere else.

I came to New York to attend the NYU Graduate Acting Program. As a result of that I embarked on a decade of producing and performing in my own work in the small theatres of the East Village, the Lower East Side, and SoHo. At the same time, a group of actors founded The Working Theater—a company dedicated to making play-going a regular part of working people’s cultural lives. I got swept up in their mission and became the development director, writing grants, as well as reading all the plays that came in the door. I often thought, “I could write a better play.” So I went off to graduate school to study with Paula Vogel at Brown. This led to Brecht and to the Royal Court in London and to a more political approach to playwriting. Back in New York after grad school, I thrived in the company of theatre people—a highlight of this time was a residency at New Dramatists.

I spent ten years working with Simon & Schuster Audiobooks, immersing myself in storytelling, meeting actors, producers, writers, and publishing professionals. I started writing a memoir which eventually became the autobiographical novel Smarty Girl – Dublin Savage. Once published, I discovered New York’s Irish American community and have come to terms with that kid who left Dublin all those years ago—washing up in the cultural wasteland that is Allentown.

I’m writing the first draft of the book for an Opera / New Music Theatre Work that I’m developing with Composer / Performer Corey Dargel. This piece concerns three patients confined to a long-term psychiatric ward and their psychiatrist. Each patient believes she is Christ. This piece examines the brain, memory, and what constitutes personality.

Who are the writers / playwrights, past and present, you admire? 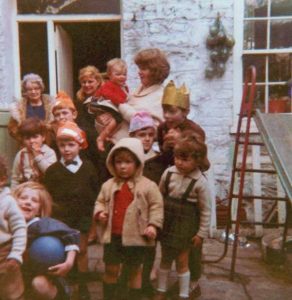 My mother, Yvonne Voight Molloy, for being a mighty spirit and getting us out of Ireland.

Five is too many for me, so I’ll do two:

See The Three Christs in production

O, to be a visual artist. I have always been jealous of artists and their paintings, sculptures, and installations.

Reading and running. In that order.