“What a heavenly evening last night, a place to listen to the music of  worlds we don’t  always  remember we inhabit. And what a program; unearthly voices singing songs of the ordinary life we know, love and quarrel with, and thrill too as well. Thank you to Artists Without Walls for putting all of us together – audience singers, music. What an inspiration. We are truly very grateful.” Kathleen Hill, author of “Who Occupies This House.”
–

This past Saturday evening, Artists Without Walls presented the University College Dublin Choral Scholars at historic St Peter’s Episcopal Church in the Chelsea section of New York City. Led by Director Desmond Earley, the Choral Scholars performed a program entitled Songs of Farewell: Sailing Away.  Beginning with Rachmaninoff’s “All Night Vigil,” followed by traditional  and contemporary music, the Choral Scholars captivated the audience with their brilliant sound. Soloists Glenn Murphy, Emily Doyle, Sorcha Kinder, Susie Gibbons and Mark Waters were in fine voice and performed splendidly throughout the evening.

One of the concert’s many special moments was historian and author Peter Quinn’s poignant story of his great grandparents leaving Ireland in 1847 during the Great Famine  and making a life on the Lower East Side of New York, which was followed by Sorcha Kinder’s beautiful rendition of Brendan Graham’s “Orphan Girl,” the song of a sixteen year old girl, who dreams of sailing to Australia from Westport, Ireland.

If you’d like to hear this wonderful collection of singers they will be making their final US appearance at Lehman College’s Studio Theater, 250 Bedford Blvd West, Bronx, on Tuesday, March 18, 6:30pm. We guarantee you’ll be enraptured by the music. Reception to follow.

Here are a number of Vera Hoar’s photos, which capture the essence of this memorable evening. 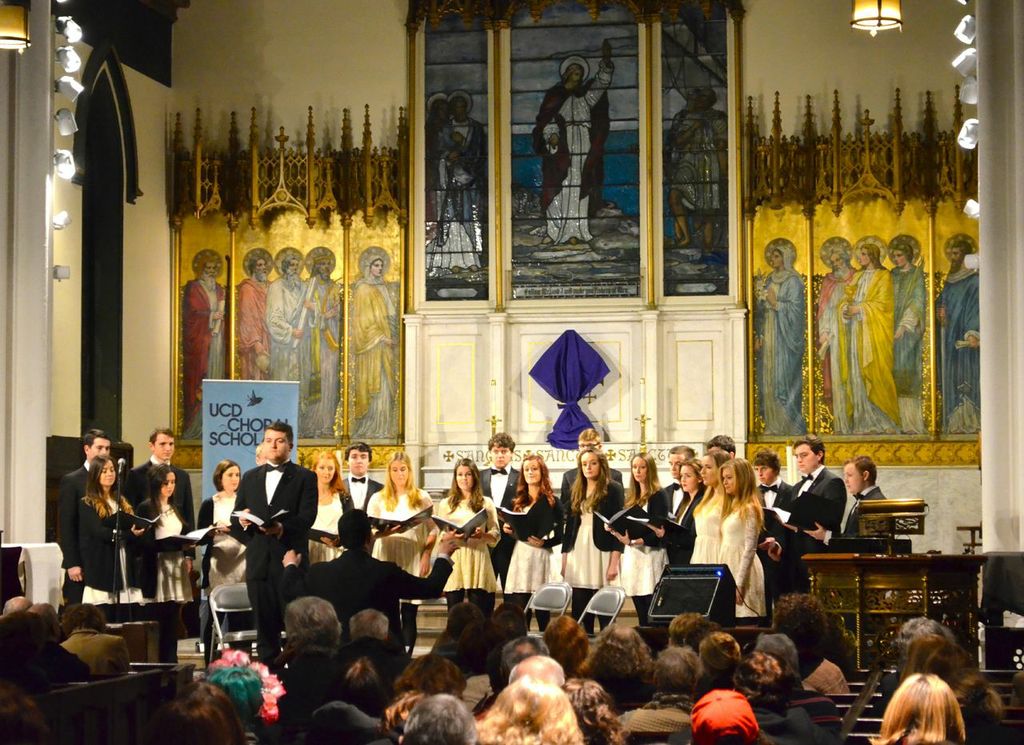 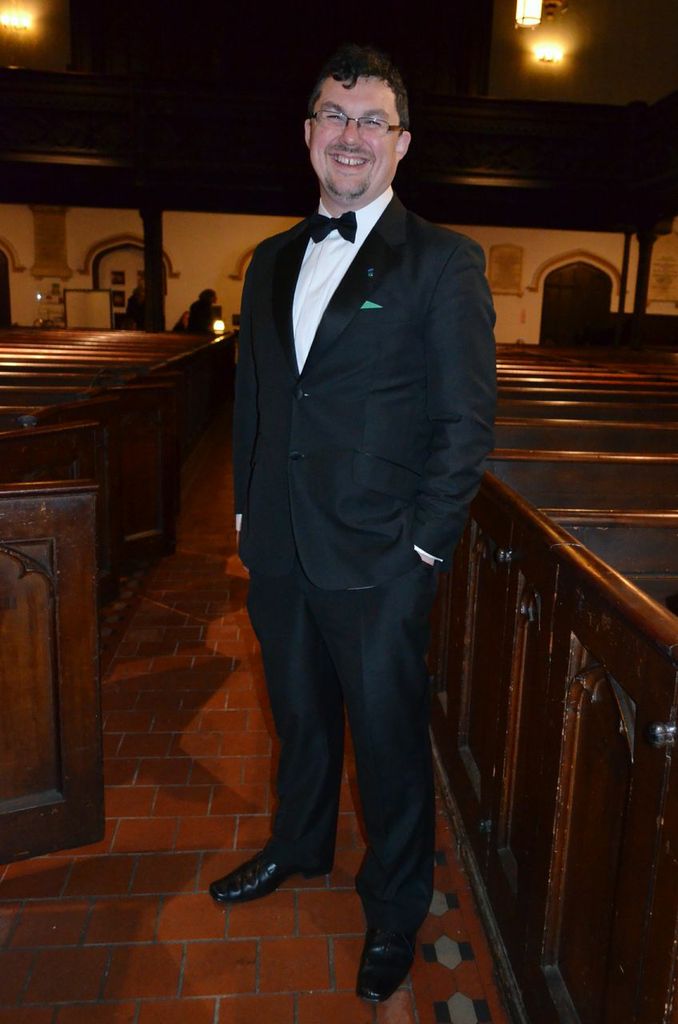 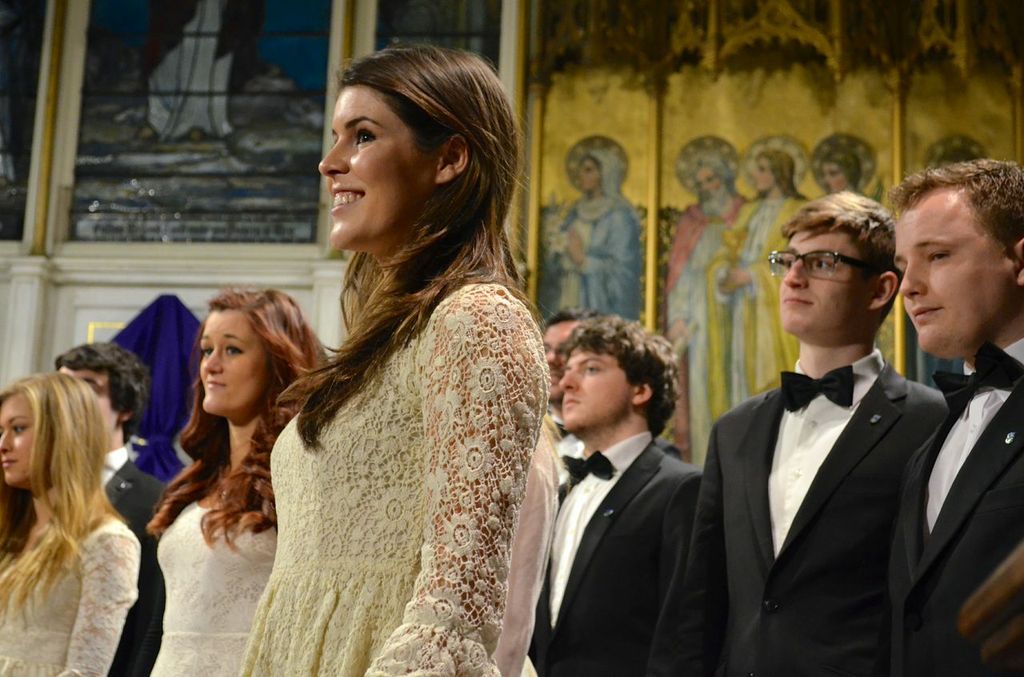 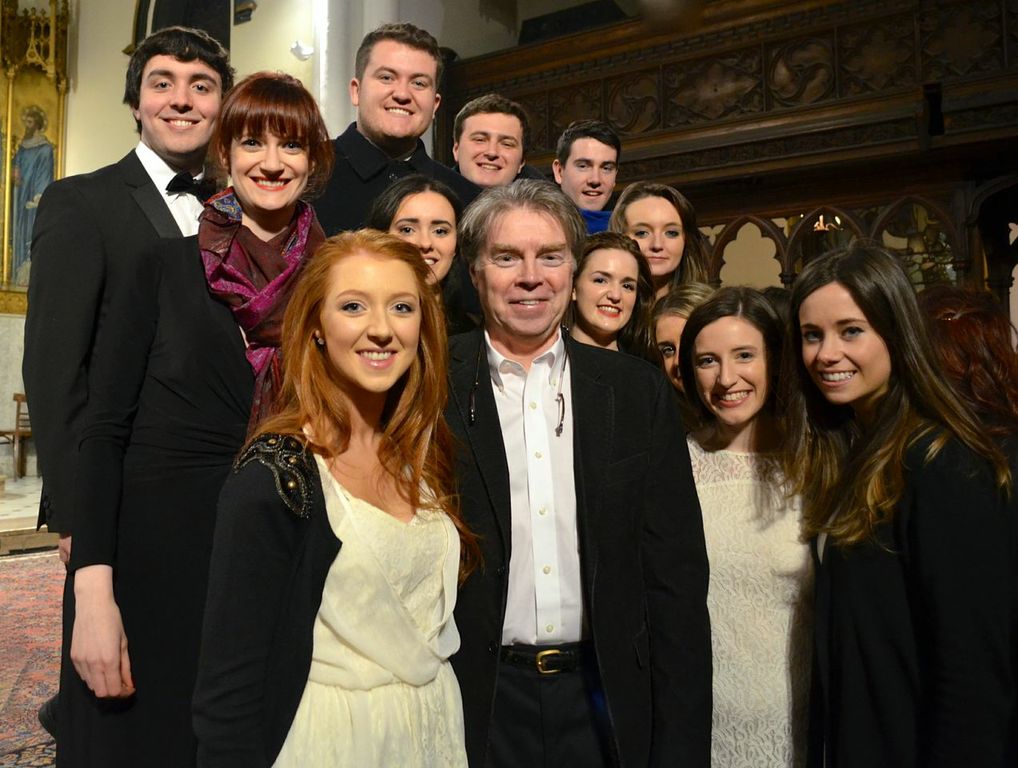 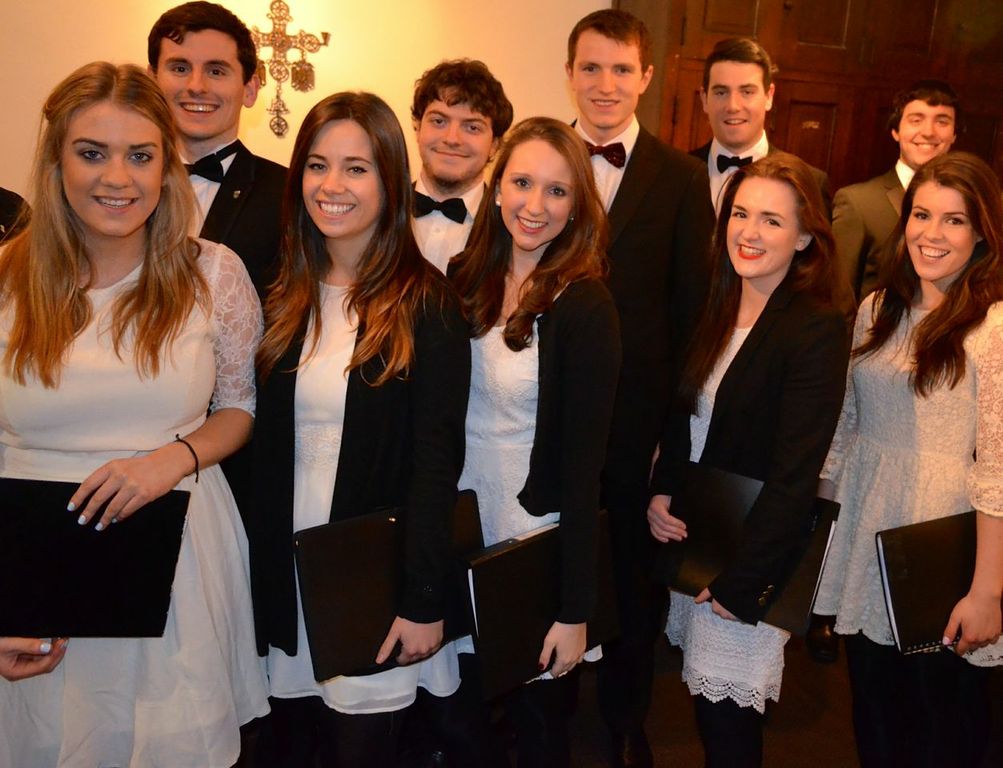 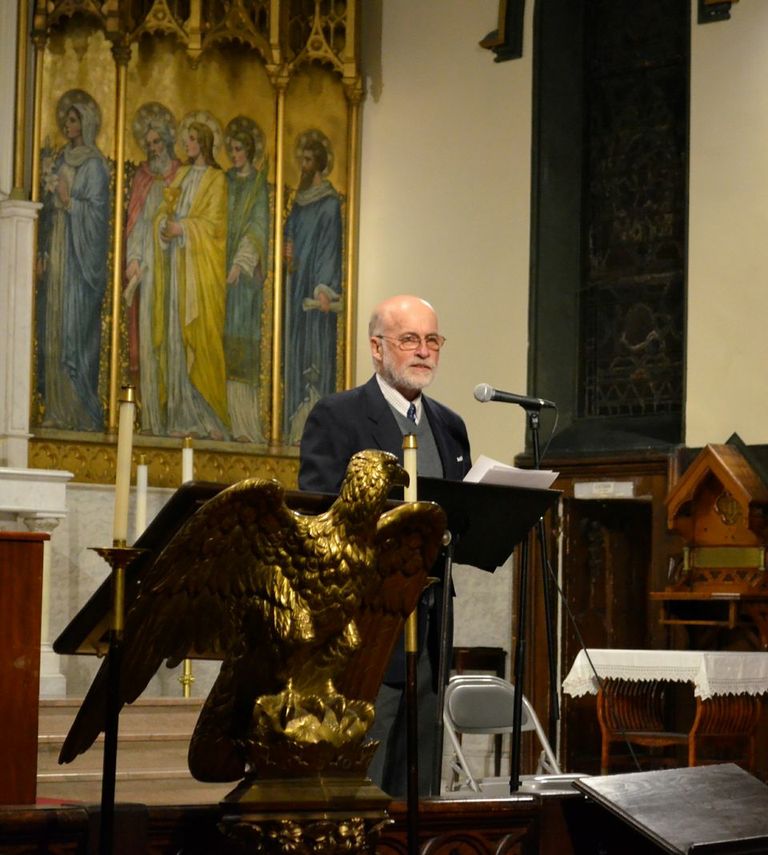 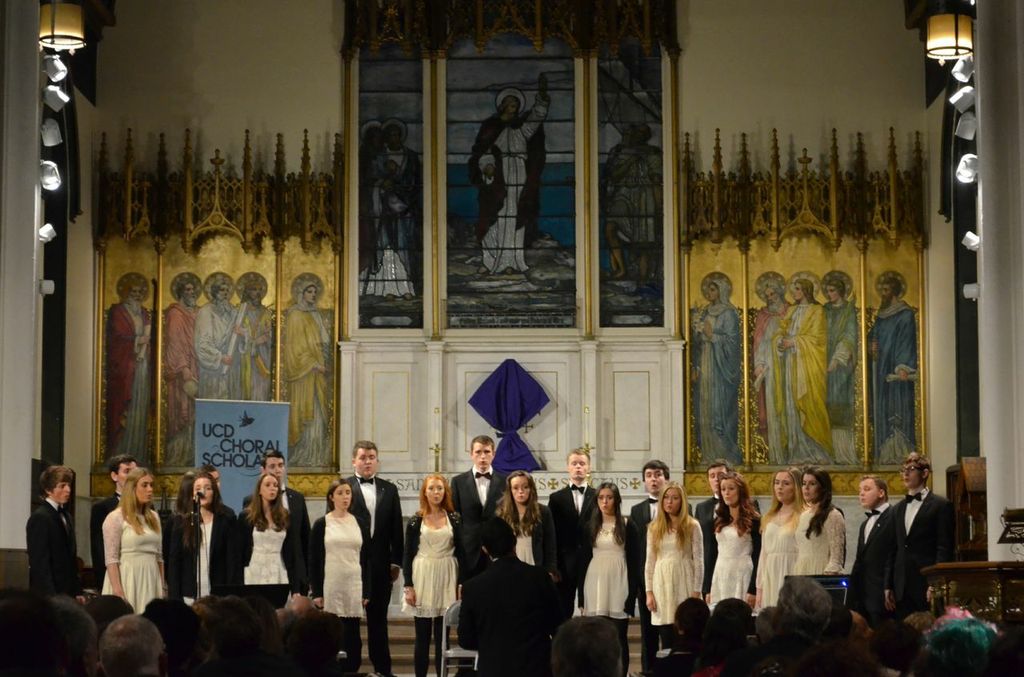 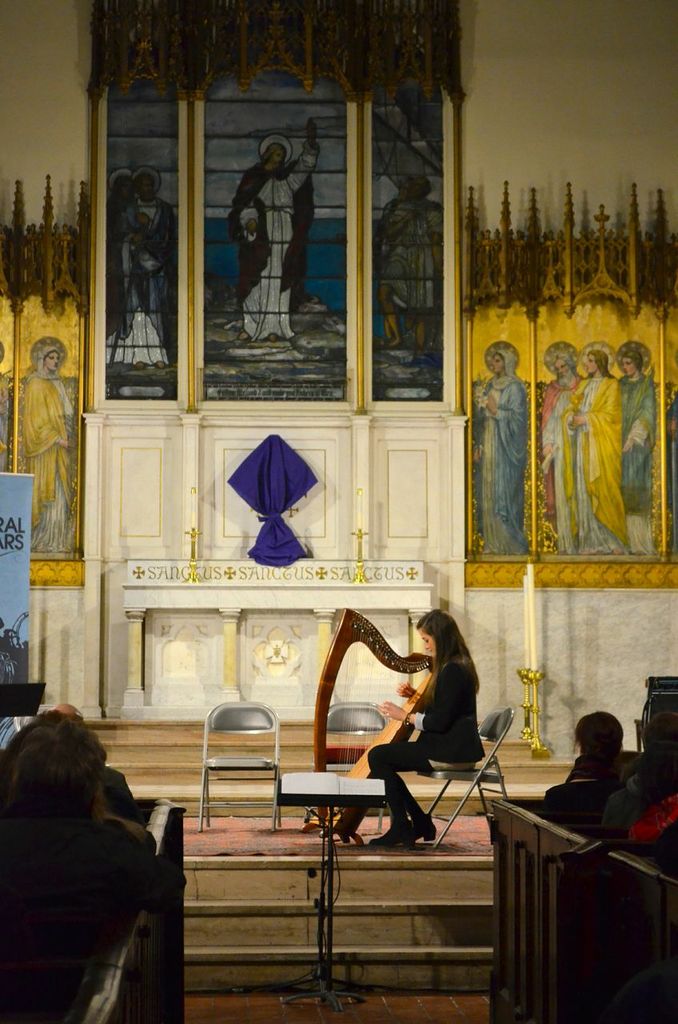 3 thoughts on “"SONGS of FAREWELL: SAIL AWAY" A BRILLIANT PERFORMANCE by the UCD CHORAL SCHOLARS at ST PETER'S CHELSEA in NYC”