Tomás, the crazy man of Árann

waved his worn map at me,

I’ll take ye on tour in yer very own van,

We were charmed, fooled, dumbed into the deal.

Great stout fellows! he bellowed at the seals

who wallowed on the island’s western shore

as if they’d heard and answered him before.

walls on the island, though I don’t know

then laugh the mirthless laugh of the mad

while we all stared straight ahead

hoping he’d keep the van on the road

wracked with glee at the touring Yanks who

(that being the 4th joke—the one he would think

and not tell, savor it in his thoughts

as he’d wave to his neighbors with a sly wink).

We made his day.  And he made ours, if truth

be told about an islandful of lies.

There’s no romance in being marooned,

no great honor or special dignity

living life at the mercy of the merciless sea.

The truth not on his tongue was in his eyes—

the profit in what fools prize. 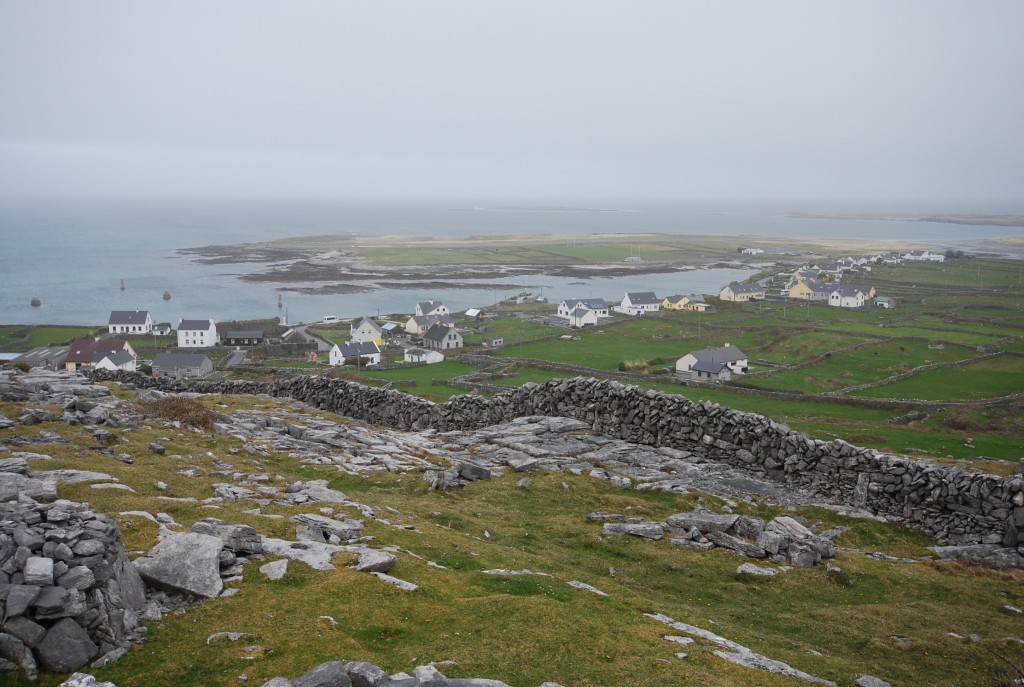