our 100-mile drive from Kerry to here

amusing to a man for whom the next

county is another country away.

He told us the history of the pub,

the clock that stopped at Mholly’s daughter’s birth

a century gone, ticked past the time

naming the faces in the Stations on the walls,

All the while we drank the famous Guinness

making it the best on the Spidéil Road,

while we argued poetry, Barack O’Bama,

the slant of the light on Conemara cliffs,

no new thing fine as the old.

What he knew he knew sure as his own hand

and wouldn’t take no for an answer:

and An Clochán as far as you’ll need to go

should you need to leave home for awhile

and you know you’ll be needing to come back. 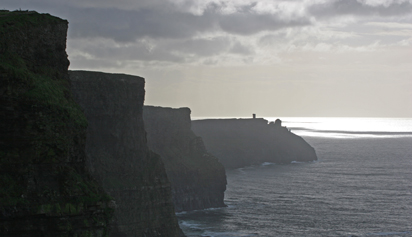