in the shadow of MacGillycuddy Reeks

Unreal, the way we walk among them

full of our bangers and eggs,

clad in our smart mackintoshes

and good boots, safe from the rain

that pierces them like bullets from a dark god.

There is death out here in the beauty.

A hunger remembered in the earth.

The slow slope of light eases the grace

under all the suffering and sorrow,

beyond the dark-ringed eyes of the haunted

whose hunger can know no end.

We call it drama, romance, history.

We trespass on their mystery. 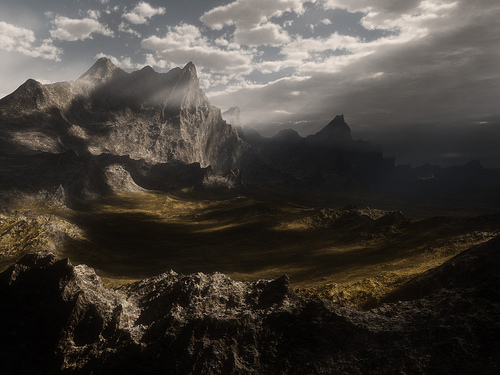