Tonight promises to be an incredible Artists Without Walls’ Showcase at The Cell Theatre. A few performers were not available due to the change in date from Monday night to tonight but we have been able to schedule some wonderful replacements.  Karl Scully, born in Ireland and brought up internationally, was for six years a member of the famous international group The Irish Tenors and performed with them as a soloist in over a hundred venues in Europe and the USA as well as hosting the 10 part TV show The Irish Tenors and Friends. As a soloist, Karl has performed in hundreds of venues all over the world including Carnegie Hall and the Avery Fischer Hall, Lincoln Centre New York; Wolftrap Mainstage, Virginia; Teatro Carlo Felice, Genoa, Italy; and The National Concert Hall, Ireland. He also starred as Count John McCormack in the cinematic film Nora starring Ewan McGregor. His operatic roles include: Don José in “Carmen” by Bizet; Pinkerton in “Madama Butterfly”; The Duke in “Rigoletto” and many other leading tenor roles.  You wont want to miss this great talent.

We often say we have the best intermission in town…well grab yourself a drink, and get ready for the sounds of old-time Louisiana style porch music…practical comfortable and simple in design; songs with nostalgic finishing touches that provide a comfortable respite and opportunity to dance during AWoW’s intermission. Come hear and dance to the Cajun Trio of Julie Winterbottom, accordion, Deborah Monlux, fiddle and Michel Henry, guitar.

And the rest of the lineup?  Simply great. Erin Layton will be performing a scene from her one woman play, Magdalen, a play about finding one’s voice in the void. The void being the place where identity and beauty and language are stripped away. This void is what the Magdalene Laundries in Ireland were to the young girls and women who labored in the commercial workhouses operated by religious orders of nuns in Ireland from the 19th – 20th century. Erin’s Magdalen won the Best Documentary Script at the Fourth Annual United Sol0 Festival Awards Ceremony. 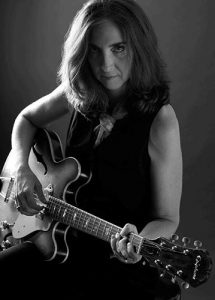 Guitarist Ann Klein has toured in Europe consistently for 10 years, played house concerts in the US and has written music for a number of documentaries. As a guitarist, Ann was a featured soloist with Ani DiFranco on several shows; she has had the honor of playing, writing and recording with Kate Pierson of the B-52s, Joan Osborne, Dana Fuchs, Darden Smith, PM Dawn, Randall Woolf & Maurice Sendak (for a ballet of “Where the Wild Things Are”), Keri Noble,  Of Ann, Billboard magazine said, “.…a dynamo guitarist and writer.” 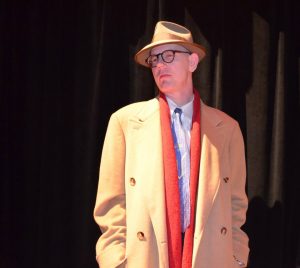 Joseph Goodrich is an award-winning playwright and the editor of Blood Relations: The Selected Letters of Ellery Queen, 1947-1950.  His nonfiction appears frequently in Mystery Scene Magazine.Tonight the masterful actor Jack O’Connell is going to read the opening pages of Joe’s short story “Ghost of Brooklyn Past”. 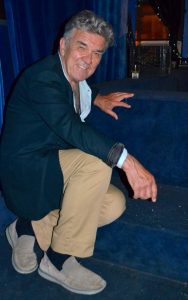 Rounding out the evening will be another outstanding talent, singer, Bernard Smith. Bernard hales from Dublin, Ireland and arrived in NYC in the summer of 1996. He in an actor who has inhabited various characters on numerous stages throughout New York and he has been singing songs and playing his 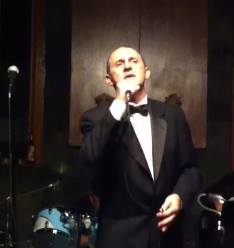 guitar ever since he arrived.  Maybe he’ll do his great version of “Georgia.”  And maybe there’ll be a few more surprises as well..perhaps a great poem or two or a short film clip, anything’s possible. This will be a great evening. Join us at The Cell, 338 W 23rd St. NYC, 7pm. This a free event courtesy of Artists Without Walls.

One thought on “AMAZING TALENT READY to PERFORM TONIGHT: AWoW's SHOWCASE at THE CELL THEATRE”