Who is Nadia Parvez Manzoor? 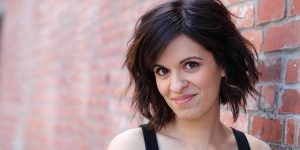 Nadia P. Manzoor is a writer, performer, and producer. She was born a twin, in the USA, to Pakistani parents. She was raised in Dubai, Singapore, and London, and she is as diversely talented as her geographical upbringing. She is a storyteller because she believes that the stories we tell become the stories we live and she lives as enthusiastically as she tells. Nadia moved to NYC to shake up her own understanding of self, and place, and creativity, and earned a Masters from Boston University in Social Work. Her passion to merge the arts and social reform has brought her to designing arts curriculum for marginalized teens affiliated with the Hetrick-Martin Institute, to teaching and performing improvisation with Improvolution. Throughout all of this, she has written, and her writing has now taken her to the stage where you can see her perform with wit, insight, humor and precisely real characters. 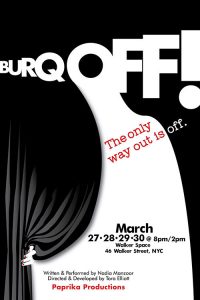 Yes! Burq Off!  My autobiographical one-woman show just finished a sold out run in December, and due to its success, it’s coming back!

We’d love for you to join us for Burq Off!’s second run: 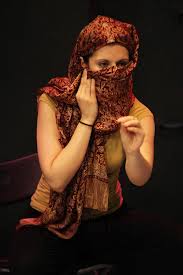 John Leguizamo’s Freak is an amazing piece of theater and a big inspiration for my one-woman show. His wry, outlandish, sense of humor, his vibrant physicality, and his dance moves transform his hour and a half long solo show in a spectacle of hilarity, brilliant storytelling, and personal expose. His ability to turn stereotype on its head, and to make you laugh so hard you cry and cry while your laughing is something I really aspire to on the stage.

Irshad Manji is someone I deeply admire and respect because she has the balls to ask really provocative questions in the face of an extremely dogmatic and confined religion. In her passion for reconciling faith with freedom, she is standing up and challenging the leaders of the Islamic world to reconsider and upgrade their religious and spiritual ideals. I’ve never seen anyone whose work is so deeply infused with that level of moral courage.

I also find Jason Silva to be pretty incredible. His ability to synthesize ridiculously complex facts about science, existentialism, and technology and put them into these bite sized poetic rants is just absolute beauty.

And recently, I’ve been really intrigued by Russel Brand. The way he takes the things he cares about and presents them in an entertaining and humorous light, along with his sheer lack of self-consciousness is mind-blowing to me. 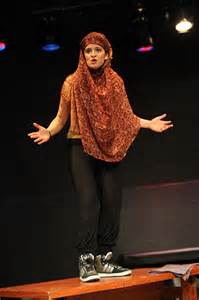 Radhika Vaz, Indian writer and comedian, is one of my best friends and biggest inspirations. Rad’s ability to take an idea and make a show from it is what inspired me to believe that I could make a show about my life. Rad is continuously moving forward, following her passions and interests. She’s not letting doubt get in the way of her creativity, or of pursuing her dreams and putting herself out there.

1. Let’s start with this year, in which I hope to complete a successful international tour of Burq Off!

2. Once Paprika Productions has taken the show to England, Dubai, Singapore, Toronto, and India, I am absolutely dedicated to bringing the show to Pakistan in an effort to promote and raise money for women’s education in the Muslim world

3. In the future, I can see Burq Off becoming a Broadway show. It’s unique combination of Bollywood dancing and street dance has not been seen before, and its blend of eastern and western aesthetics and choreography would make it a brilliant piece of theater on a bigger scale.

4. On another scale, within the next five years, Paprika Productions aims to be working on a screenplay. In fact, in five years time, my team and I would like to have completed the screenplay and to be in the beginning phases of production.

5. In five years time, Shugs and Fats, the comedic characters in the web series that Radhika and I are currently co-producing, will hopefully be established and recognized personalities who create laughter and conversation around taboo topics.

Rap and spoken word. Some of my biggest loves are the art of freestyle, movement, and hip hop. I’m enthralled with improvisation because I love the art of creating something from not knowing—you’re forced to lose yourself and respond in the moment, and there’s a realness in that. I also am fascinated with words and language and finding meaning through poetry, so for me the next step in bringing all of these elements together would be doing rap and spoken word. 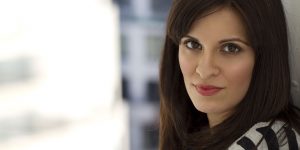 The stories my mom would tell me every night at bedtime gave me the yearning to imagine and dream. I loved how a story could transport me to a different dimension, to a different world where different rules would apply. And if I let myself go into that world I would have different powers. I would imagine myself as the protagonist of the story I would be able to do all of these things that I never even imagined were possible. But because of the stories I could dream. I think breaking outside of the limitations of what we think of as real is really important for us as humans. It’s what allows us to fight the bigger fight, and to overcome the impossible.