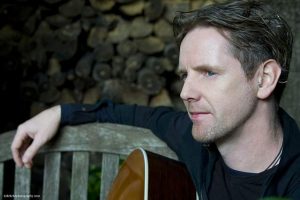 Michael possesses an extraordinary voice, and his song writing is profound. It’s no surprise that David Byrne (Talking Head’s) cast him to sing the role of an Irish musician on the brink of success whose voice guides Sean Penn through an emotional journey of self-discovery in the film ’This Must Be the Place’ (2012). The score by Byrne with lyrics by Will Oldham (Bonnie Prince Billy) called for a distinctive vocalist, which Brunnock is, and the song ‘If it falls, it falls’ won a David di Donatello award, equivalent to the Italian Oscars.

Former middleweight boxing champion turned actor, John Duddy, who made his New York City stage debut in Kid Shamrock, will soon be appearing in Artists Without Walls’ member Colin Broderick’s Father Who at The Theater 80. The show opens on February 26th.