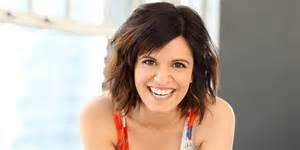 A number of you had the good fortune to meet and watch Nadia Manzoor perform a scene from her play Burq Off! at an AWoW Showcase this past summer. Earlier this month Nadia completed a one week sold out run of her show in New York City and announced in an interview on CNN International that the play will be coming back to New York in March.  To see Nadia’s wonderful interview and to learn more about this incredibly interesting and talented person click here for Nadia’s website. And if you didn’t get a chance to see Nadia, you’ll also find ticket info for her March show as well.

Burq off! is a one woman autobiographical show, directed by Tara Elliott, which charts the journey of a British Pakistani Muslim’s struggle towards self acceptance. As Nadia navigates the conflicting cultural norms of modern London and her conservative Muslim home, she embodies a cast of twenty-one characters that infuse the story with comedy, religious fundamentalism, cultural critique and spiritual depth.

Along the way you meet Nadia’s aggressive twin brother, her controlling Muslim father, and the essence of joy in the family, her mother.

In addition, her Islamic teachers, her life long ’western’ best friend, and the first love of her life add a diversity of perspectives to this deeply moving, personal and universal story.