Who is Vincent Cross? 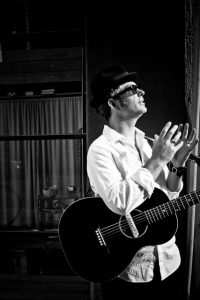 Yes!  I’ll be showcasing at this year’s Folk Alliance in Kansas, Missouri, touring California in the spring, and Australia in the summer.  For folks interested in more details, you can find the dates and venues on my website: www.vincentcross.com

LISTEN TO VINCE SING: Home Away From Home

So to the albums, let’s line up the Dylan’s first. There’s the first album, Bob Dylan that has only two originals. Then Freewheelin,’ that was nearly all self-penned tunes, with the classic ‘Blowing in the Wind.’ My all time favorite, though, has to be the Times They Are a-Changin’. It was a game changer in terms of what can be done with great lyrics and simple acoustic accompaniment. You couldn’t help but be drawn into these hypnotic ancient tales of murder, pain, and loss. Who were these people? What history was this? To be honest, Dylan’s early albums formed my interest in roots music. It was the chance encounter with a 5-string banjo player while busking on the streets of Zurich in my late teens that continued my interest in acoustic roots music, as I was introduced to bluegrass.  That was my second musical awakening. 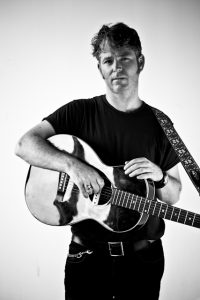 Bluegrass seemed both familiar and challenging. I was writing songs but I was also seeking something musically that would help me grow as a musician. You could only go so far with Dylan and his solo guitar, and the electric stuff, well, which was electric anyway.  So when I bumped into a bluegrass banjo player in Switzerland, and started busking, I received a first rate education on Flatt and Scruggs, Bill Monroe and still my favorite, the Kentucky Colonels their Living in the Past, and Muleskinner still blowf my mind. I moved to London and became manic about playing guitar like Clarence White, and practiced all day long while playing bars and cafes and on the subway for living expenses. I kept that going for a couple of years listening to as much bluegrass as possible, and almost lost sight of the fact that I really was songwriter and that lead to my interest in other songwriters.

The emergence of songwriting as a force sort of began with an interest in Leonard Cohen’s Other Songs, andTom Waits, Rain Dogs. Those guys were fascinating, but their frame of reference was harder for me to focus on.  They seemed to be more about the persona than the song, and so I wasn’t sure about their music.  I didn’t really get to more contemporary artists and their albums until well after they had established themselves such as Ron Sexsmith’s, Ron Sexsmith and Wilco’s Being There. 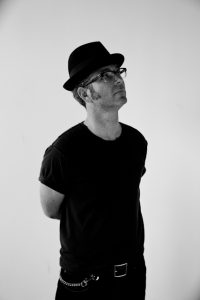 Woody Guthrie was fascinating but way beyond my comprehension when I first heard him. If you thought Dylan was rough and raw, then Guthrie was another world entirely. His songs were so real, and so I was happy to keep listening to Dylan. No songwriter completely obsessed my adolescent mind as much as Dylan, he just seemed to have put together the best of Americas roots music, and coupled that with the best songwriting ideas under one roof. He had the delta blues of Robert Johnson, the Appalachian high lonesome sound of Roscoe Holcomb, and the confessional voice of Hank Williams. After Dylan (AD) we had a whole slew of guys and gals that had something to offer: Tom Paxton, Phil Ochs, Leonard Cohen, Joni Mitchel, Paul Simon, John Lennon, Ralph McTell, Christy Moore, Paul Brady, Shane MacGowan, Dick Gaughan, Tom Waits, Nick Cave, Steve Earl, Ron Sexsmith, David Gray, Jeff Tweedy, Gillian Welch and Richard Buckner. I admire all these guys, and I bet I’ve left out a whole bunch of folks too.

People should be inspiring but they don’t hold a candle to Nature. Nature would just blow that old candle out each time. It never ceases to amaze me and draw my attention to detail.

What are a few things you’d like to accomplish in the next five years?

1. In terms of recording I want to record a complete solo album straight to tape with just me on guitar. No over-dubbing and all live.

2. Touring globally in venues that are responsive to songwriters.

3. Maybe relocation, but it’s hard to leave New York. It’s still got everything going on.

Writing the memoir. This seems to be something hanging over most artists, so I’m waiting for justification, or at least the need to go on this adventure into the past.