“Brilliant! Somehow egos are left at the door and you sit there absorbing these wonderful performances. And by the end of the evening you find yourself connected to your soul.” Ray Lindie commenting after a recent Artists Without Walls’ Showcase

And this Thursday night’s Showcase promises to be equally absorbing. 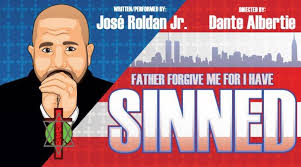 Jose Roldan will be performing from his one man show Father Forgive Me for I Have Sinned, an award winning auto-biographical coming of age story of a young Latino boy who grew up in the South Bronx of New York City in the 80’s/90’s.  José takes the audience into his family’s apartment and onto the mean streets of the Bronx  as he searches for self-acceptance and personal identify in a world of stereotypes.

Spoken word artist and rising star Koro Koroye will present two poems “I Can Write About That Too” and the “Sickness of Freedom,” which she triumphantly performed at Lehman College in “Rise Up Singing: Women in the Labor Movement.”

Honor Finnegan, whose performances of “Aint I A Woman,” “Bread and Roses” and “West Virginia Mine Disaster” drew raves in “Rise Up Singing” will be performing whimsical holiday tunes, including her song from Christine Lavin’s Holiday compilation, “Just One Angel 2.0.” 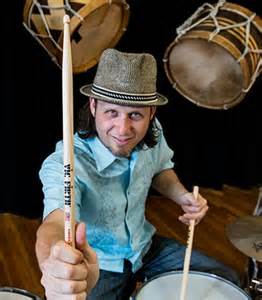 Drummer Scott Kettner made his biggest mark on the music scene as the leader of Nation Beat.  His drumming seamlessly blends the Louisiana second-line sound with a Brazil-ified backbeat. Scott will be making his first Showcase appearance performing a pandeiro solo. In addition to his enormous music talent, Scott has also written a book called Maracatu for Drumset and Percussion, the first in-depth English-language instructional book on the 400 year-old traditions of Maracatu de Baque Virado.

Sam Adelman will be presenting a film he has co-produced called That Daughter’s Crazy, a documentary portrait of Rain Pryor, daughter of legendary comedian Richard Pryor. A talented performer/singer/actress in her own right- Rain has written and stars in a one-woman semi-autobiographical show, Fried Chicken and Latkes, which has played around the world to terrific reviews and in front of enthusiastic audiences. 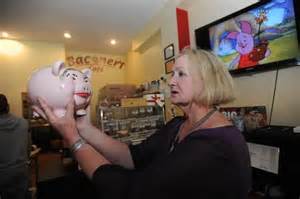 Rounding out the evening: “Showcase” favorite Honor Molloy will tell a classic Irish version of the Nativity Tale–a la a Moore Street Market Woman, Dublin, 1966, in an excerpt from her book Smarty 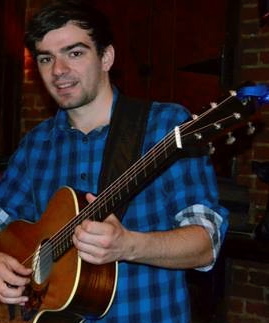 Girl – Dublin Savage; poet/writer and photographer Gary Ryan will read a passage from The Quest of the Holy Grail,  “Percival’s sister,” accompanied by his photographs, and Brian Farrell a pianist/guitarist/singer and songwriter from County Leitrim Ireland, who made his first appearance with a brilliant short performance accompanied by fiddler Deni Bonet at AWoW’s Swift Showcase , will be singing a few tunes.

All that plus the friendliest group of folks and the best “intermission” in NYC.  The fun begins at 7pm, The Cell Theater, 338, West 23rd Street. See you there.