“The atmosphere is electric; it encourages creativity, imagination, and very importantly, friendship and discussion between like minds amongst the audience and the performers. Everybody is welcome at Artists Without Walls.” Eimear O’Connor, Ireland, author, Sean Keating: Art, Politics and Building the Irish Nation. 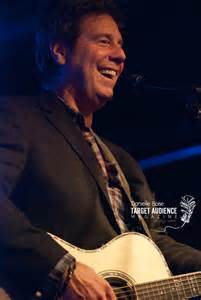 And this promises to be another great evening, which will include a number of first time presenters.

A number of months ago singer/songwriter Ed Romanoff attended a Showcase at which fiddler Deni Bonet wowed the audience. They struck up a conversation and within a short period of time Deni was signed onto Ed’s tour of Ireland. On Tuesday they will be joined by singer and Artists Without Walls’ co-founder, Niamh Hyland. This promises to be a killer session. 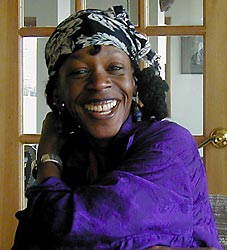 Ceramic artist Sana Musasama will speak about her world travels, what she has seen, experienced and learned and how that translates into her work. “I really see no separation between my life, my travels, my objects, and my interaction with my community,” Musasama said. “The artwork that I make is full of cries, it’s full of tears, it’s full of stories. But when I’m making it and putting it in this object and handing it to you, you are sharing my burden when you take it away and share that story with someone else.” 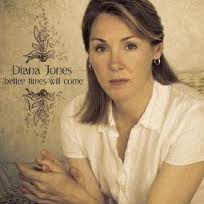 Singer/songwriter Diana Jones will be making her debut at an Artists Without Walls’ Showcase. Diana has won a number of songwriting competitions including the venerable “New Folk” competition at the 2006 Kerrville Folk Festival. Her song “Pony” was nominated as “Song of the Year” by the North American Folk Alliance, and Jones herself was nominated as “Emerging Artist of the Year” for 2006.  Joan Baez released a recording of Diana’s “Henry Russell’s Last Words” on her album Day After Tomorrow, which was nominated for a Grammy. 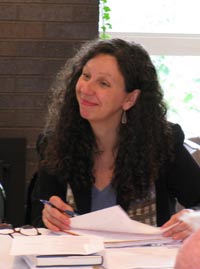 Angela Alaimo O’Donnell will be reading selections from her books Moving House, Saint Sinatra and Waking My Mother.  These are poems that engage in myth-making, explore the darkness & complexities of family life, and honor the power of art to redeem our fraught and fractured histories. A species of sacrament, poetry celebrates mystery.

And there’ll be plenty more:  Back for her second Showcase appearance will be Jenai Huff.  Jenai, with her clear and soulful voice, will be singing songs from her new CD Grace and Elbow Grease.  Visiting Irish writer Alan McMonagle will be reading from his newly published short story collection Psychotic Episodes, described by novelist Patrick McCabe as being precise, tender and glitteringly compelling. Ron Vazzano, a poet whose work has appeared in a number of literary journals, will be reading a few poems 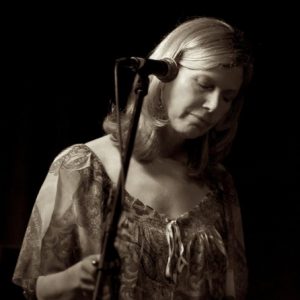 from his book Shots from a Passing Car.  And rounding out the evening will be playwright and actor DJ Sharp performing a scene from his play “Return to Tennessee.” The play takes place during the last three days of Tennessee Williams” life in his suite at the Hotel Elysee in NYC.

Join the members and friends of Artists Without Walls, Tuesday, October 22, 7pm, at The Cell Theater, 338 W. 23rd Street, NYC. There is no charge.