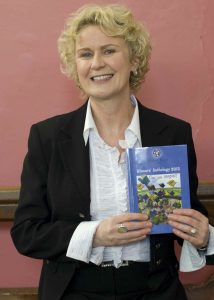 Who is Connie Roberts?

I am a mother, poet, teacher…….and late-bloomer.

All of my 14 siblings spent their childhoods in Irish orphanages.

Many of my poems were inspired by my experiences growing up in care.

When I was 20 years old, I emigrated to the United States and settled in New York.

Pig & Whistle, among other Irish bar-restaurants) before enrolling in college in my

early-30s.  A bachelor’s and master’s degree later, I secured an adjunct position teaching creative writing at Hofstra University, where I’ve been for the past eight years.

What honors have you received for your poetry?

Why have you chosen poetry over other forms of writing such as short stories, memoir or novels? 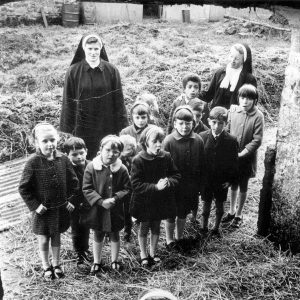 To be honest, I don’t think I had much control over what genre I “chose” to work in.  In the mid-90s, when I was an undergraduate in a creative writing class at Nassau Community College, poetry grabbed me by the lapels, and refused to let go.  As Professor Gubernat recited Molly Peacock’s poem “Say You Love Me”, about a drunken father pinning his child to a chair, my heart quickened, my throat tightened; I was in.  Where do I sign up? I said.  Besides the subject matter, which reflected my own background, I found the density of language, the imagery

(the drunken father’s face described as “a ham on a hook”), the rhythm, the sound devices exhilarating.

Now that I’ve been writing poetry for a number of years, I see another possible reason why the genre is a good fit for me.  Most of the fodder for my work

(read: Irish-Catholic misery) was foisted upon me—believe me, I’d rather be writing about the heather on the bog or the windswept hills of Donegal—and it is easier swallowed, by writer and reader alike, in bite-sized pieces.  The eight-line triolet or 14-line sonnet versus the 300-page memoir. 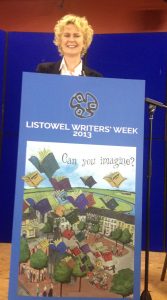 Who are the poets/writers you admire?

Irish writers I admire include Seamus Heaney, Patrick Kavanagh, and John McGahern.  I love the sense of place in their work.  To say the least, my background is fragmented, so I find myself drawn to their sense of rootedness.  Heaney’s Derry, Kavanagh’s Monaghan, McGahern’s Leitrim—they seem to know every blade of grass, every highway and byway, every neighbor and straggler on the road.  I envy them their stability, their sure-footedness.

I’m also drawn to African-American women poets:  Marilyn Nelson, Gwendolyn Brooks, Natasha Trethewey, Lucille Clifton, Toi Derricotte, among others. I love how they explore and excavate their past, the beautiful and the ugly.  I admire their bravery in taking on important—and oftentimes, provocative—issues.  But besides all that, they are just brilliant poets—verbal acrobats who use language in an exciting and interesting way. 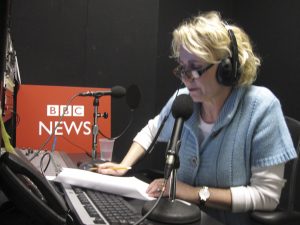 I don’t think a day goes by that I’m not inspired by someone.  Two examples from the past week or so: 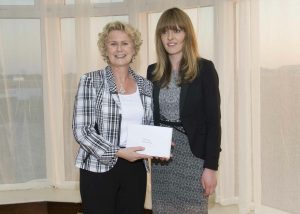 A massive undertaking I know (hint, hint:  any sponsors in the crowd?), but their individual stories need to be documented.  In their own words, not by scholars and intellectuals.  Yes, there’s the Ryan Report.  Yes, there are a handful of film documentaries.  But the majority of survivors are still voiceless.  And with each passing day, the chance of these elderly inmates (in Ireland, the UK and beyond) being heard grows slimmer.

Another gift I was given is a bit more tangible, and one that I’ll treasure for a lifetime:  a handwritten note from Seamus Heaney.  A few years after he won the Nobel Prize in Literature, on a visit to NYC, he happened to walk into the Irish bar-restaurant where I waitressed.  Unfortunately, I was off duty that evening, but my friend, knowing how much I admired the Great Poet, asked him if he would write me a note (I had just won a prize for poetry at Hofstra U.).  He obliged.

It is a far, far better thing you do now than you have ever done.  Stick with it…Congratulations.  Keep digging for the good turf…

When you’re a Nobel Laureate, everybody wants a piece of you.  Doubtless in the years after Seamus Heaney’s trot over to Sweden, he must’ve been pulled in a 100 different directions.  I’m sure on that visit to New York in 1998, SH would’ve liked nothing better than to slip anonymously into a nondescript bar downtown and enjoy a pint in peace.  Instead, he took the time to write a note of encouragement (on an American Express reservation card) to an insecure, fledgling poet.

What is your favorite quote?

Since I turned 50 last December, Samuel Beckett’s Krapp’s Last Tape has been spooling in my ears: